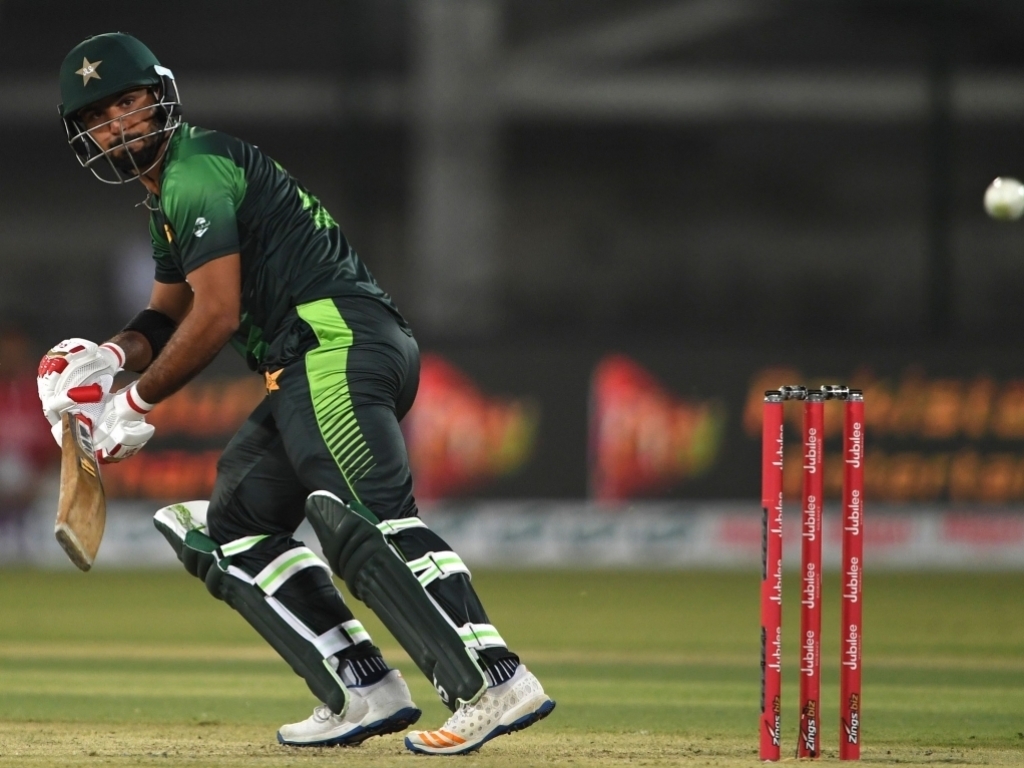 Pakistan thumped the West Indies by 143 runs in the first of three T20s as international cricket returned to the city of Karachi for the first time since 2009.

Chasing a sizeable total of 204, the Windies got off to the worst possible start as they were reduced to 8/3 i the second over.

Chadwick Walton struck the first ball of the innings from Mohammad Nawaz for six but then hit the third ball of the over straight down the throat of long-off.

Mohammad Amir then produced a double strike in the second over as Andre Fletcher and Jason Mohammed fell for ducks to the left-arm fast bowler.

Hason Ali came into the attack in the fifth over and immediately got rid of Denesh Ramdin, also for a duck, as the Windies’  innings lay in tatters at 15/4.

Just when you thought it couldn’t get any worse, it did as the Caribbean side were in a shambles at 27/5 in the seventh over as Pakistan leg-spinner Shadab Khan removed Rovman Powell (5).

Marlon Samuels top-scored with 18 as the Windies were eventually bowled out for a paltry 60 in 13.4 overs.

Nawaz, Amir and Shoaib Malik took two wickets each while Shadab, Hasan and Hussain Talat got one scalp each.

Pakistan’s total of 203/5 was set up by a 24-ball 39 from opener Fakhar Zaman while there were also good contributions from debutant Hussain Talat (41 off 37 balls and skipper Sarfraz Ahmed (38 in 22 balls).

Veteran Malik, together with Faheem Ashraf (16 off balls) finished the innings with a flourish, scoring 37 off 14 deliveries to take the hosts past the 200-run mark.

Keemo Paul, Rayad Emrit and Rovman Powell took a wicket each for the Windies while there was also two run-outs in the innings.

The second game of the three-match series takes place on Monday at the same venue.