Australia in Pakistan: Rawalpindi pitch rated as below average 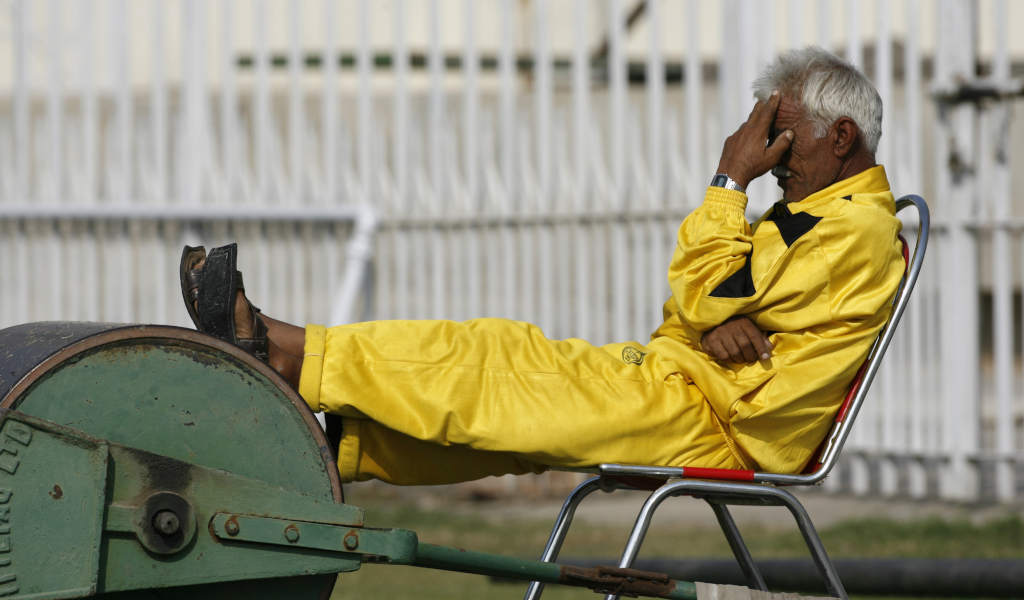 Match referee Ranjan Madugalle has handed out a below-average rating for the Pindi Cricket Stadium pitch that was used for the first Test between Pakistan and Australia.

The teams had yet to complete a set of first innings by the outset of the fourth day, and the match moved at a ponderous pace.

“Ranjan Madugalle of the ICC Elite Panel of Match Referees has rated the pitch at the Pindi Cricket Stadium in Rawalpindi that was used for the first Test between Pakistan and Australia as “below average” and the venue has received one demerit point under the ICC Pitch and Outfield Monitoring Process,” said a statement the the ICC.

Rawalpindi pitch rated as below average

Madugalle said: “The character of the pitch hardly changed over the course of five days and that there has been no deterioration apart from the bounce getting slightly lower.

“The pitch did not have a great deal of pace and bounce in it for the seamers nor assisted the spinners as the match progressed.

“In my view, this does not represent an even contest between bat and ball.

“Therefore, in keeping with the ICC guidelines, I rate this pitch as below average.”

Madugalle’s report has been forwarded to the Pakistan Cricket Board.

PCB Chairman Ramiz Raja was quick to criticise the surface and promise a national overhaul of surfaces with soil from Australia.

“A drawn match is never a good advertisement for Test cricket, and I totally understand that we need to get a result in five days these days, and we get it 90% [of the time], but I want to remind you of 2-3 things,” Ramiz said.

“First of all, a number of headlines were in relation to the comments I made when I took over [as chairman] that pitches in Pakistan need to be redone, massively redone, but I took over in September and the season had already begun.

“It takes 5-6 months to prepare pitches, and during the off-season, you will see – soil is coming from Australia; we’ve experimented, consulted soil experts and prepared soils, and we will redo 50-60 pitches all over Pakistan once our season ends in March-April.”