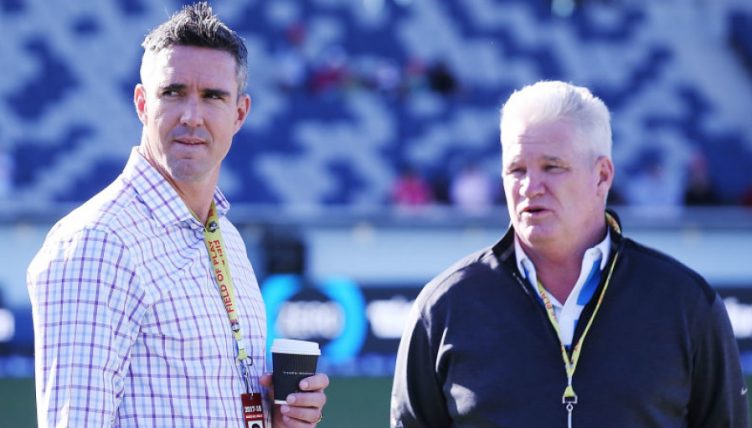 Former Australia batsman and current Karachi Kings Head Coach Dean Jones has shared his belief that a reassuring but firm presence gets the best out of players in Pakistan.

Jones singled out the late Bob Woolmer as the first foreign coach to crack the code of working in Pakistan.

Understanding the mindset of a Pakistan cricketer

The tender Victorian says that fostering an almost familial bond with the players gets the best results in Pakistan.

“Speaking from my experience in Pakistan, where I have spent several years as a Head Coach in the Pakistan Super League (PSL) with Islamabad United and more recently with Karachi Kings, what I’ve learnt is that it’s important that anyone who wishes to work and succeed in this environment must try to understand the culture of the country and the mindset of the Pakistani cricketer,” Jones wrote in a column for PakPassion.net.

“The traditions of respect for your elders are part of daily life in the country, and it stands to reason, that such practices have seeped through all spheres of life in Pakistan.

“Cricket in this part of the world is not immune from such traditions and the idea of brotherly or even fatherly respect for seniors is one that comes naturally to all concerned.

“My job as Head Coach is to create an environment where all players, senior and junior, are allowed to voice their opinion. Make them all feel important.

“I often ask our junior players; what do you think? What do you see? Today, the younger players are different to my day. You must allow them room to make them grow as a player and more importantly, as a person.”

Jones says that in Pakistan, coaches need to approach their duties with the utmost diplomacy because the smallest action has the potential to throw the entire team environment into chaos.

“Any perceived failure to respect a senior player or a miscommunication of intent towards an individual, or inability to take account of fragile egos of some of the younger players can cause acrimony as we have seen in episodes related to the Pakistan national team.

“And when this happens during a tournament or a fully-fledged tour, the consequences can be highly damaging.

“Therefore, diplomacy, tact and a deep understanding of the underlying culture of the country are as important for a coach in Pakistan as the required coaching qualifications which form part of the job description,” Jones wrote.

The Karachi Kings mentor opined that stricter coaches are less likely to succeed, something he believes is born out in the records of those directing Pakistan’s efforts.

Jones paid tribute to an Englishman who made his name as coach of Pakistan and South Africa in Woolmer.

“Looking back at the history of Pakistani players and their respective coaches, one can see that the strict school-master approach brings about exactly the opposite results.

“Instead, show them game-awareness, keep reinforcing their wonderful skills and try to mentor the players, rather than being an enforcer of rules.

“I feel, a reassuring yet firm arm around the shoulder is more likely to get better results from players in Pakistan, and if proof of this was ever needed, one can look no further than the respect that former players still have for the late great Bob Woolmer.

“The same players who to many were regarded as problem cases and needed the ‘eggshell’ treatment were turned into professional and focused individuals in the presence of Woolmer, which really speaks volumes about what his mentor approach brought to the fore.

“The avuncular approach which lead to him being lovingly called ‘Chacha Bob’ was responsible for giving confidence to perform to players such as Inzamam-ul-Haq, Younis Khan, Mohammad Yousuf, Shoaib Malik and Shahid Afridi. Each of whom would have been considered a handful or difficult characters, but became great team players in Woolmer’s expert hands,” Jones posited.

Jones applied for the job of Pakistan coach but missed out to former skipper Misbah-Ul-Haq. The Aussie has, however, offered to help out if the team ever call for his assistance.