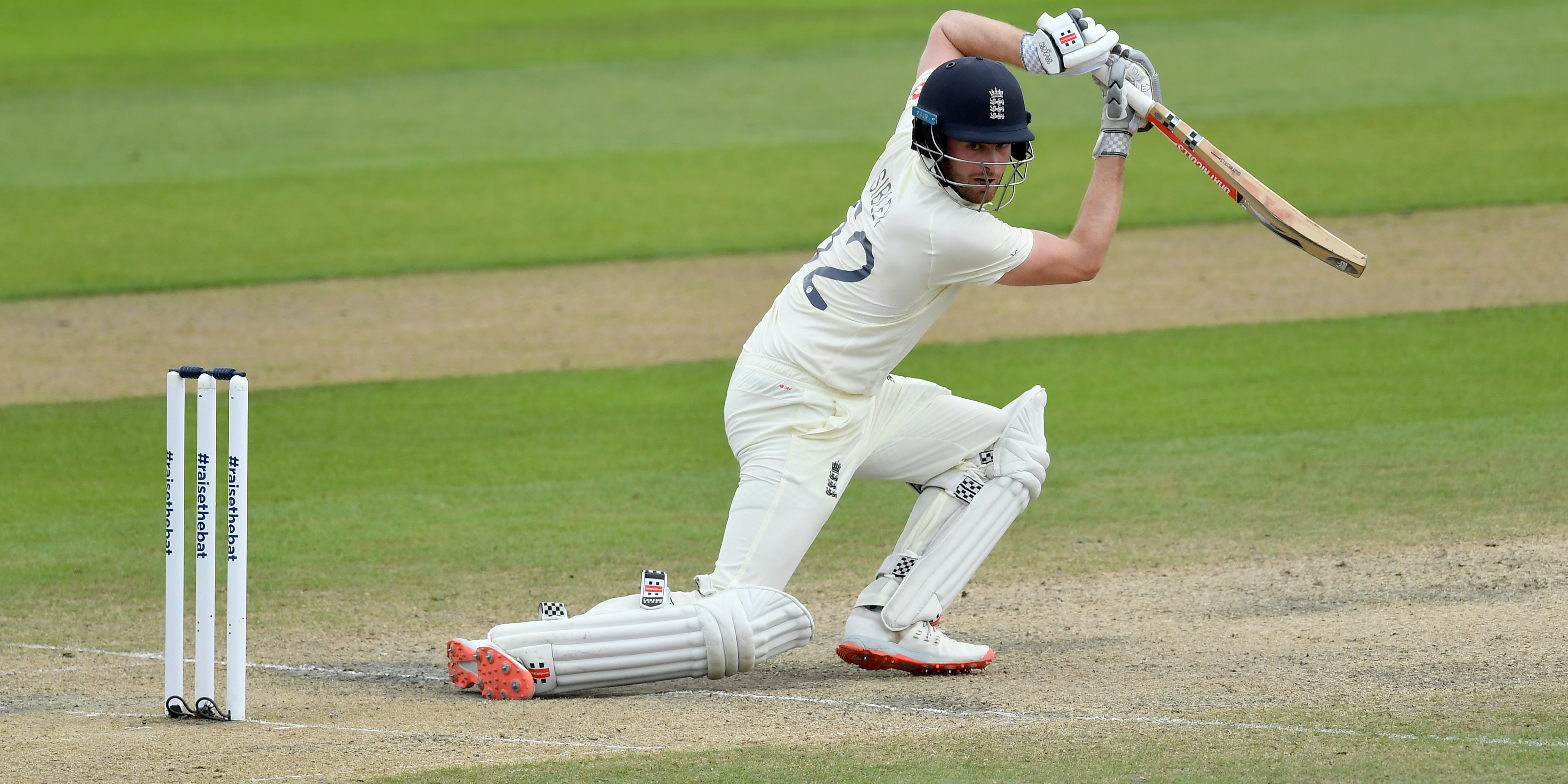 England reached 55 for one at lunch as they made a steady start to their pursuit of 277 in the first Test against Pakistan.

The size of the chase ahead remained considerable, 58 more than they managed in their first-innings on a wearing pitch, and has only been bettered once before at Emirates Old Trafford.

And yet England have reason for optimism. The loss of Rory Burns, to Mohammad Abbas for 10 courtesy of a very tight lbw, was a setback but there were no other major dramas as Dom Sibley (26 not out) and captain Joe Root (18no) saw things through to the break.

On day two the hosts lost their first three wickets inside six overs, scattered by an inspired new-ball spell from Shaheen Afridi and Abbas, but here Burns and Sibley blocked out 11 overs before being parted.

Abbas turned in a typically challenging spell of seam bowling but was on the verge of leaving empty handed when he moved one back into Burns and thumped him high on the front leg.

The appeal persuaded Richard Kettlebrough and the left-hander’s hopes of a DRS reprieve came to nothing as replays showed the ball skimming the bails.

The introduction of leg-spinner Yasir Shah, who took four wickets earlier in the match, looked a key moment but his initial five-over spell drew a blank. There was one dicey moment for Root, who failed to make any contact when attempting the same back cut that cost him in the previous knock, but England’s approach was otherwise sound – 10 singles and one full toss whipped by Root to the boundary.

Yasir had earlier given his team a bright start with the bat as the Pakistan innings ended in a 16-ball frenzy that contained 32 runs and a wicket apiece for Stuart Broad and Jofra Archer.

Yasir struck three boundaries and a six off Broad before the seamer had him caught behind, with Archer wrapping up the innings at 169 with a yorker to Naseem Shah.