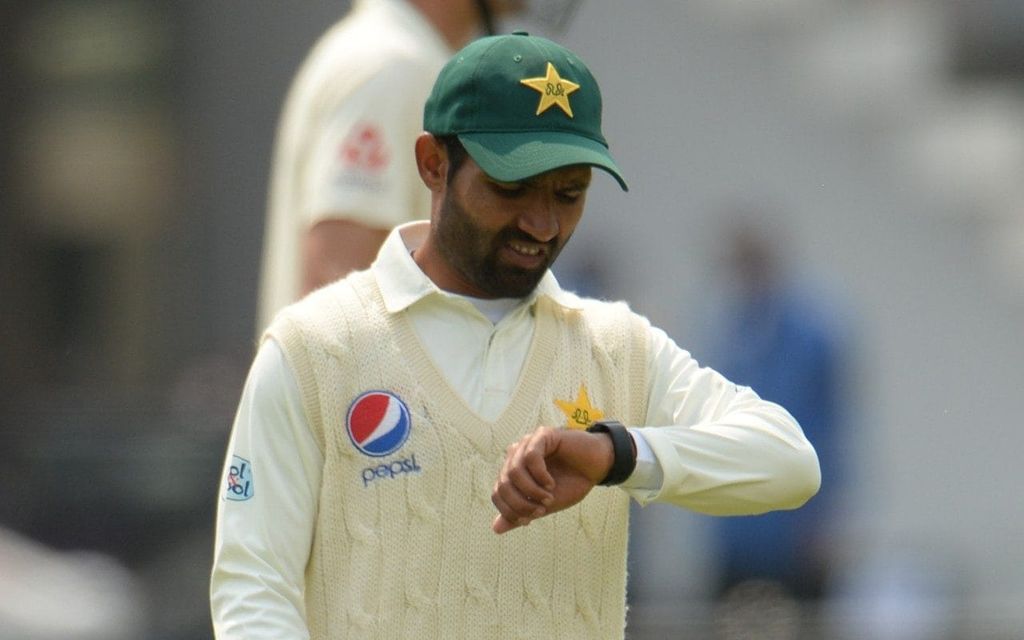 The International Cricket Council (ICC) have confirmed that smart watches are not allowed on the field or in dressing rooms while a match is in progress.

This comes after an ICC anti-corruption official told Pakistan players to remove their watches on the first day of the first Test against England at Lord’s on Thursday.

Pakistan seamer Hasan Ali said after the first day’s play: “The ACSU officer came to speak to us and told us it’s not allowed to wear them so we won’t be wearing them.”

The ICC released a statement on Friday saying smart watches and cellphones are banned with players and team officials handing devices in before the game with it then returned after the match.

The ICC statement said: “Under the Player and Match Officials Area (PMOA) Regulations, smart watches are not permitted to be worn on the field and in areas designated as PMOA.

“Smart watches in any way connected to a phone or WI-FI or in any way capable of receiving communications are not allowed and as such we will be reminding players that such devices must be surrendered along with their mobile devices on arrival at the ground on match days.”