Home Countries Pakistan Misbah ‘satisfied’ with what he has achieved

Misbah ‘satisfied’ with what he has achieved 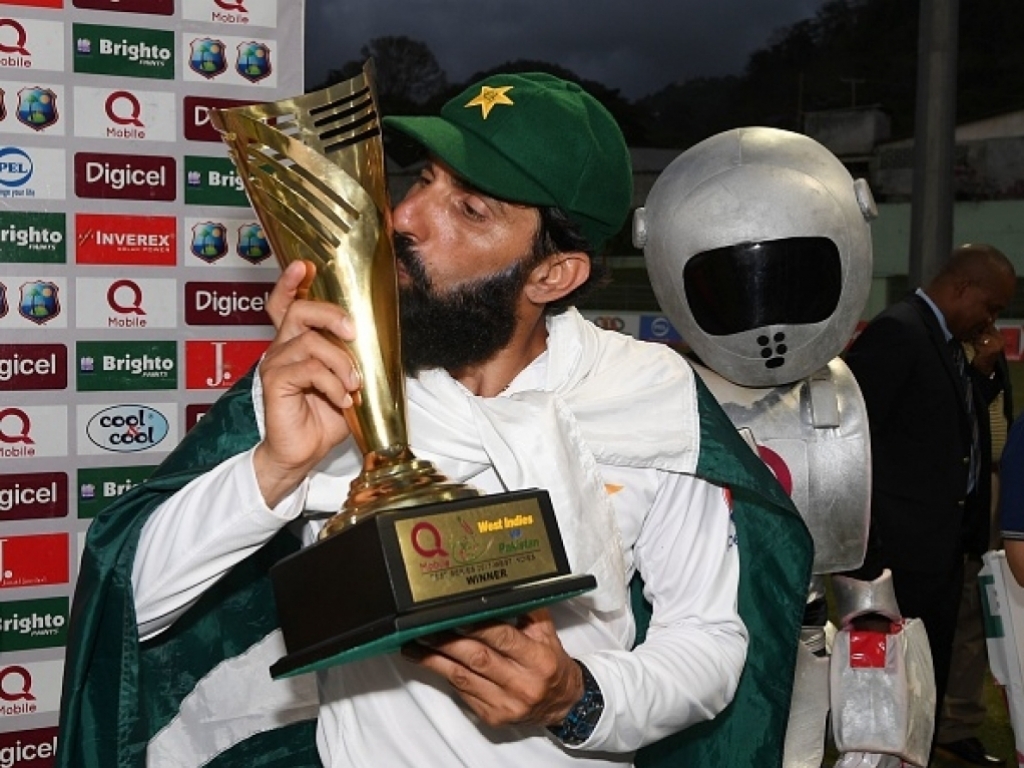 Misbah-ul-Haq declared himself “satisfied” with what he has achieved in his career after signing off from international cricket with a victory in Pakistan’s series deciding Test against the West Indies.

The Asian side beat the Windies in the third and final Test in Dominica in dramatic fashion on Sunday to take the series 2-1, Pakistan’s first Test series victory in the Caribbean.

REPORT: West Indies fall one over short of heroic draw

It brought the curtain down on the international career for the 42-year-old Misbah and veteran batsman Younis Khan, and Misbah says he leaves the game with no regrets.

The win in Dominica was Pakistan’s 26th Test win under Misbah, making him his country’s most successful captain in the longest format, beating greats such as Imran Khan and Javed Miandad who both led the team to 14 wins.

The right-handed batsman led his side to a whitewash over Australia and England, this without having ever having played a Test match at home due to security concerns.

“I tried all that I could on my part, with whatever authority and responsibility I had, whatever was in my hands, I did what I could. I tried my level best with this team.

“And I think, thank God, we have achieved quite a few things in Test cricket especially. One-days also we achieved some things, stuff that other big sides couldn’t do.

“With the resources, the situation, the limitations of Pakistan cricket I think that I am, to a great degree, satisfied with whatever we have achieved.”