Pakistan captain Sarfaraz not giving up on World Cup dream 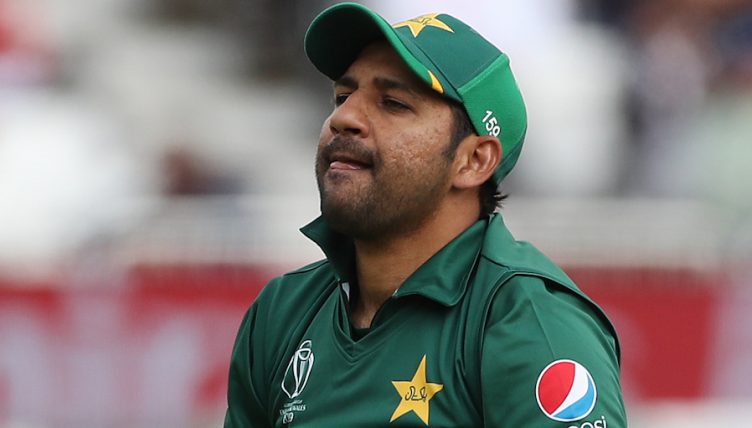 Pakistan captain Sarfaraz Ahmed remains confident that his side can still make the World Cup semi-finals despite Sunday’s defeat to India.

The Green Army suffered an 89-run defeat to their bitter rivals at Old Trafford on Sunday as the DLS method was used in the rain-marred match.

Sarfaraz’s side have just three points to show from five games so far and sit in ninth spot in the table, above only Afghanistan, but the skipper is convinced they can still reach the next stage of the tournament – if they win their four remaining matches.

“It is definitely getting tougher and tougher but we have four matches and hopefully we’ll win all four of them,” he said Sarfaraz after the match in Manchester.

“We know the task is tough and we have to win all our matches so we have no margin of error.

“It’s correct that we’re not winning the World Cup matches against India.

“I think it’s a special game and the team that handles the pressure well wins and India did that today and in previous World Cup matches as well.

“I think Babar (Azam) and Fakhar (Zaman) played really well, but unfortunately we lost too many wickets and that became the turning point,” said Sarfaraz.

Pakistan are next in action on June 23 when they face South Africa at Lord’s, before they complete the group stage with games against New Zealand, Afghanistan and Bangladesh.