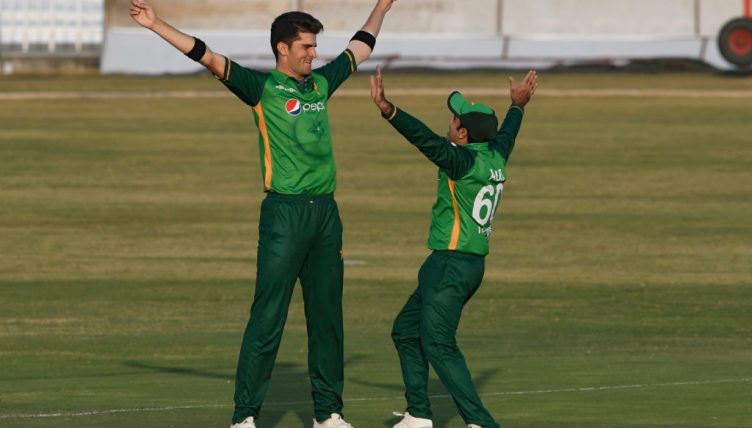 Shaheen Afridi and Wahab Riaz helped Pakistan secure a 26-run victory over Zimbabwe in the first ODI in Rawalpindi with some excellent death-bowling.

Despite a record-breaking century from Brendan Taylor, Zimbabwe could only manage 255 in their pursuit of Pakistan’s total of 281/8.

Pakistan, therefore, secured 10 points in their first Cricket World Cup Super League fixture with a further 20 on offer in the short series.

Imam-ul-Haq collected a steady 58 opening the batting for the home team before being run out after a mix-up with Haris Sohail with Pakistan at 119/3 just after the halfway point.

Haris would make amends though by holding the fort at one end, scoring an impressive 71 before he fell to Zimbabwe spinner Sikandar Raza in the 41st over of their effort.

At 205/6, Imad Wasim (34*) and Faheem Ashraf (23) decided it was time to up the scoring rate and their assault helped the home team finish on a respectable 281/8 from their allotted overs.

Making his international return, Blessing Muzarabani (2/39 in eight) and Tendai Chisoro (2/31 in five) were the pick of the Zimbabwe bowlers.

Zimbabwe’s reply got off to a nightmare start when Afridi ripped through the tourists sending Brian Chari and Chamu Chibhabha back to the hut in his first three overs.

Craig Ervine and Taylor set about repairing the innings for the Chevrons but Pakistan skipper Babar Azam kept a few overs in hand from his strike bowler which would prove the difference between the sides.

Taylor keeps Zimbabwe in it

Ervine perished in the 22nd over for 41, but youngster Wesley Madhevere knocked a mature 55 to support Taylor. The Zimbabwe keeper made his 17th international century – surpassing Andy Flower’s record in the process. He now has the most number of centuries for Zimbabwe across formats.

Pakistan and Zimbabwe will meet this Sunday 1 November in Rawalpindi for the second ODI, and another 10 points in the Cricket World Cup Super League will be up for grabs again.