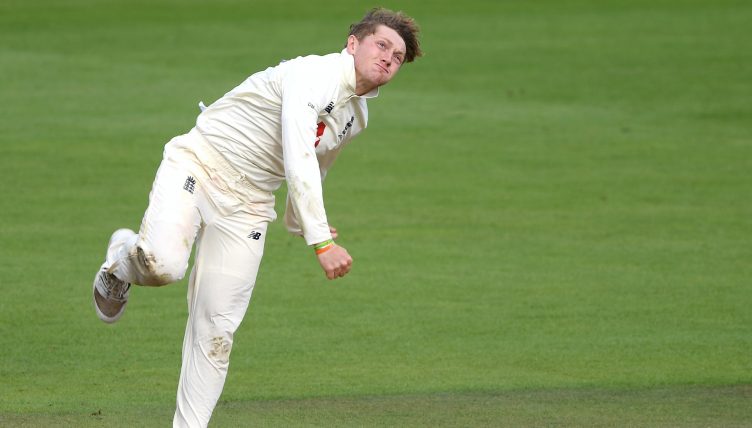 England’s Dom Bess believes a common sense compromise must be found for bad light after admitting to concerns about player safety during a gloomy final session against Pakistan.

Flexible start times were rushed in for the third Test at the Ageas Bowl after the previous match was ruined by periods of poor visibility and rain, but there was also a renewed emphasis on keeping the teams on the field for as long as realistically possible.

An official statement from the England and Wales Cricket Board prior to the match stated that the officials would try to “maximise playing time while it is still safe to do so”, but it is possible that conditions were close to compromising the latter clause on day three of the third Test.

Umpires Michael Gough and Richard Illingworth stepped in to stop Pakistan starting their second innings after being asked to follow-on shortly after 7pm, frustrating James Anderson’s attempts to claim the two wickets he needs to become the fourth bowler to 600, but Bess had no qualms about the decision.

Instead he cited three dropped catches off Anderson’s bowling in quick succession – from Rory Burns, Zak Crawley and Stuart Broad – as possible evidence that things had already started getting too difficult.

“I don’t think it is any excuse for dropping catches, but you’ve got to take into account being out there and what it was like. It was really dark out there,” said Bess.

“I was stood at square leg when Azhar Ali pulled one and I did not see it. All seriousness, if that goes near someone or is hit straight at me I genuinely don’t know what I’m going to be doing. We all want to be playing cricket and we all want to get cricket on, but I think there’s got to be a little bit more common sense as well, in terms of players’ well-being.

“Imagine if someone gets hit there and it is really serious? Say the number 10 or 11 gets hit by Jofra Archer because we are out there – what happens then?

“I guess it’s just calling out for a bit of common sense, in terms of when it is too dark we’ve got to go off and, when it’s not, we try and play because everyone wants to be out there.”

Anderson ended the day on 598 career wickets after wrapping up Pakistan’s first innings for 273 – a huge deficit of 310. Another couple of breakthroughs over the next 48 hours will be enough to make him the first fast bowler in history to join an elite club that currently contains the great spin trio of Muttiah Muralitharan, Shane Warne and Anil Kumble.

Bess was just six years old when Anderson, 38, took his first Test scalp back in 2003 and is privileged to be sharing a field with him.

“He’s the GOAT (greatest of all time) isn’t he? He’s the GOAT of bowling and England’s greatest,” said the off-spinner.

“Myself, Dom Sibley, Ollie Pope and Zak Crawley have all grown up watching him play. It’s phenomenal to stand there at point watching him nick people off and hit people on the shins, to watch him take as many poles as he does and do it so consistently.

“I guess there was chat about his potential retirement (recently) and then he comes back and absolutely tears it up. That just shows how good he is.”