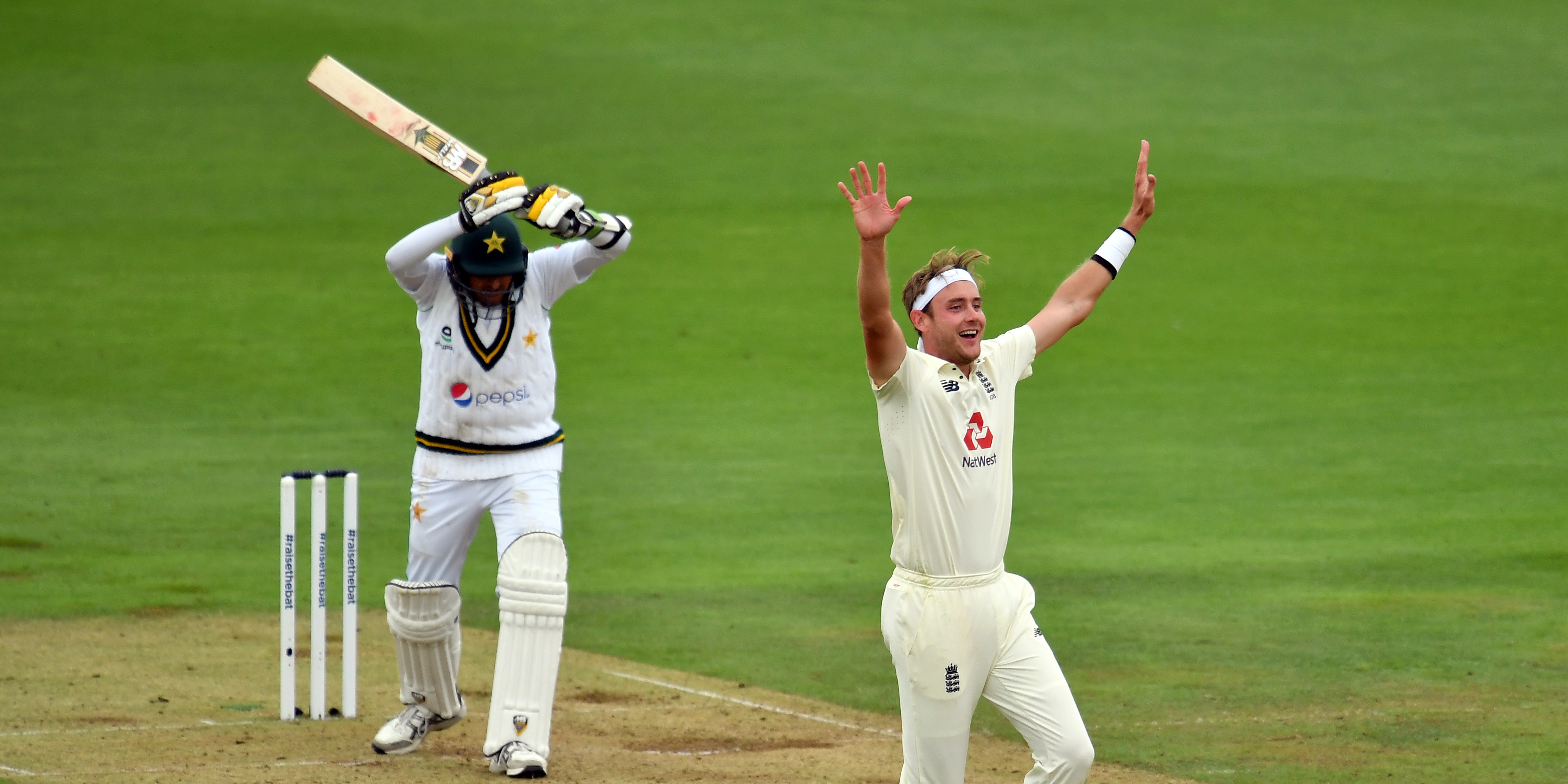 After two days battling the elements England and Pakistan will be hoping conditions at the Ageas Bowl relent long enough to accelerate the second Test on Saturday.

Joe Root’s hosts will be slightly happier with their efforts heading into day three, reducing their opponents to 223 for nine across six broken sessions interrupted at various stages by rain, lightning and bad light but Mohammad Rizwan’s unbeaten 60 has levelled matters out.

The forecast continues to be mixed but England will have designs of working towards a workable first-innings lead, while Pakistan’s best route to victory involves more overcast conditions, seam, swing and a flurry of quick wickets.

The decision to call off Friday’s play due to the failing light was doubtless an unpopular one – though the rancour was channelled predominantly on social media due to the empty stands – but might have aided England.

Openers Dom Sibley and Rory Burns cannot have fancied taking guard under the thick, grey clouds that hovered overhead for the duration of the second day but they will soon face a reckoning with the likes of Mohammad Abbas, Naseem Shah and Shaheen Afridi on a surface with plenty to offer.

Stuart Broad, who matched James Anderson’s three-wicket haul, defended the judgement of Michael Gough and Richard Kettleborough, who led the teams off just nine balls into the evening session .

“It’s a tricky one because player safety is very important. If you have bowlers bowling at 85mph-plus and it’s gloomy out there, it can be dangerous for batsmen,” he said.

“The officials were right to bring us off, it had dropped below the darkness that we had come off for earlier in the day and all of our fielders were saying, ‘we wouldn’t want to bat in this, this is quite dark’.

“There’s been occasions in Test cricket when there’s been a crowd and we thought we could have been on the pitch but it felt slightly on the dark side of being suitable to play.”

His new-ball partner Anderson was more obviously keen to move things on but also accepted the verdict.

“We’re a little bit frustrated we didn’t get a chance to finish them off,” he said.

“It was gloomy but it’s one of those when it didn’t seem like the batsmen were struggling too much. I don’t know what the light reading was, maybe there could be a bit more leeway there.”

One suggestion to extend the playing hours is for appropriately aged pink balls to be substituted in when the floodlights take over – recreating the conditions of day/night Test cricket – but a pair of bowlers with more than 1,000 wickets between them were agreed on the wisdom of that innovation.

“I don’t think we can change the colour of the ball when it gets a bit dark, I don’t think that’s a goer really,” said Anderson.

Broad, meanwhile, showed some rare solidarity with the men he has spent a career trying to get out.

“We’ve seen with the history of the pink ball under lights, it’s been very tricky for the batsmen and would be unfair to the balance to the game,” he said.

“You could lose five for 10 that’s going too far and complicating the situation. If the players’ safety is in doubt, the officials have to bring them off. If they think it’s safe, you play.”