Home Countries Cummins: We thought we were in for a pretty long day

Cummins: We thought we were in for a pretty long day 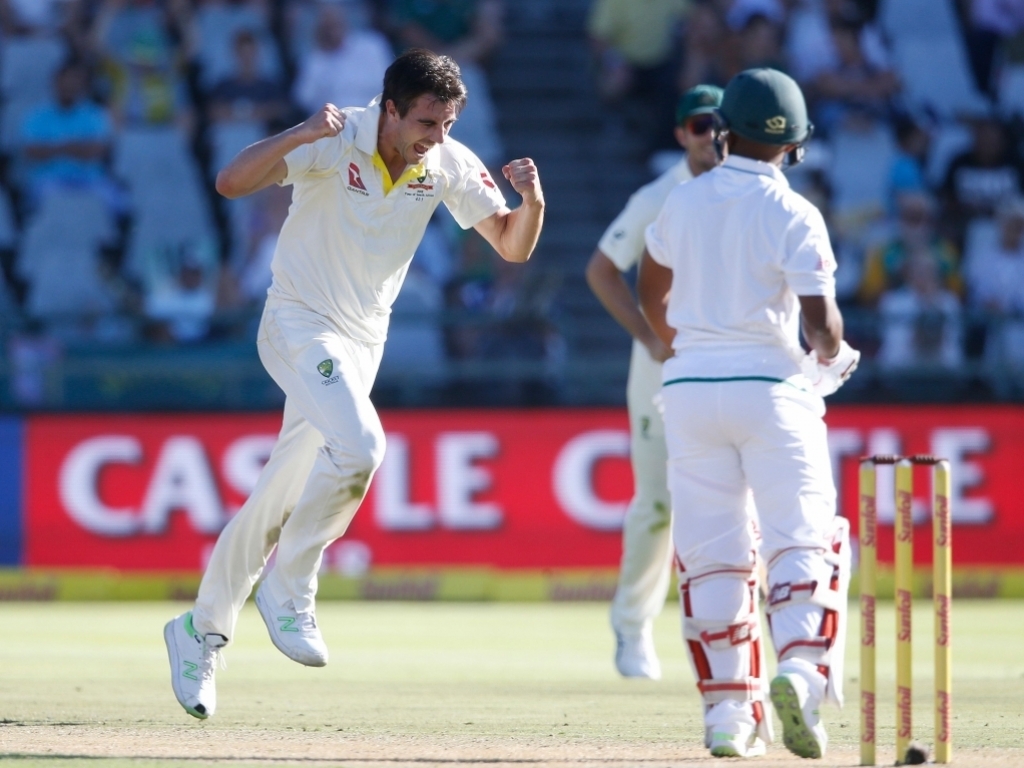 Pat Cummins admits that he thought the Proteas could bat well into day two before the Australia fast bowler initiated a stunning collapse that saw the visitors well into the contest after the first day of the third Test at Newlands.

Cummins went wicketless in his first 13 overs as the Proteas cruised to 220/2 in the final session with AB de Villiers and centurion Dean Elgar looking comfortable at the crease in a stand worth 128.

The Aussies were desperate for something to fall their way and Cummins provided that spark when he had De Villiers caught at mid-off for 64.

The paceman then took another three wickets and bowled a spell that saw him take four wickets in eight overs as the Proteas ended the day on 266/8.

Cummins said after the day’s play: “I quite like long spells because it normally means you’re into a rhythm.

“It was probably lucky it cooled down towards the end of the day, it was quite hot through the first two sessions.

“I don’t think [Smith] could have got the ball out of my hand. He just kept asking if I was good for another one.

“It felt like I had a bit of a wind behind me and wickets always make the legs feel a bit fresher and I think by my last over I was ready to hand it over.

“They were two down at tea and we thought we were in for a pretty long day today and maybe into tomorrow.”

After losing the toss and having to bowl on a sun-baked day in Cape Town, Cummins believes Australia will be the happier of the two sides after the first day.

He said: “It probably crossed most of our minds that the two guys who were in and had a really good partnership looked really set and the wicket wasn’t doing too much, so I felt like I could’ve been in for a long day.

“To get the AB breakthrough, that’s the big one, they were scoring freely, and once he was out it was like a new batsman starting against the reversing ball is always hard, and that put us right on the way.

“To have them 8 for 260 at the start of the day you’d have definitely taken that.”