Home Countries Pendulum swings from one to another in Chittagong Test

Pendulum swings from one to another in Chittagong Test 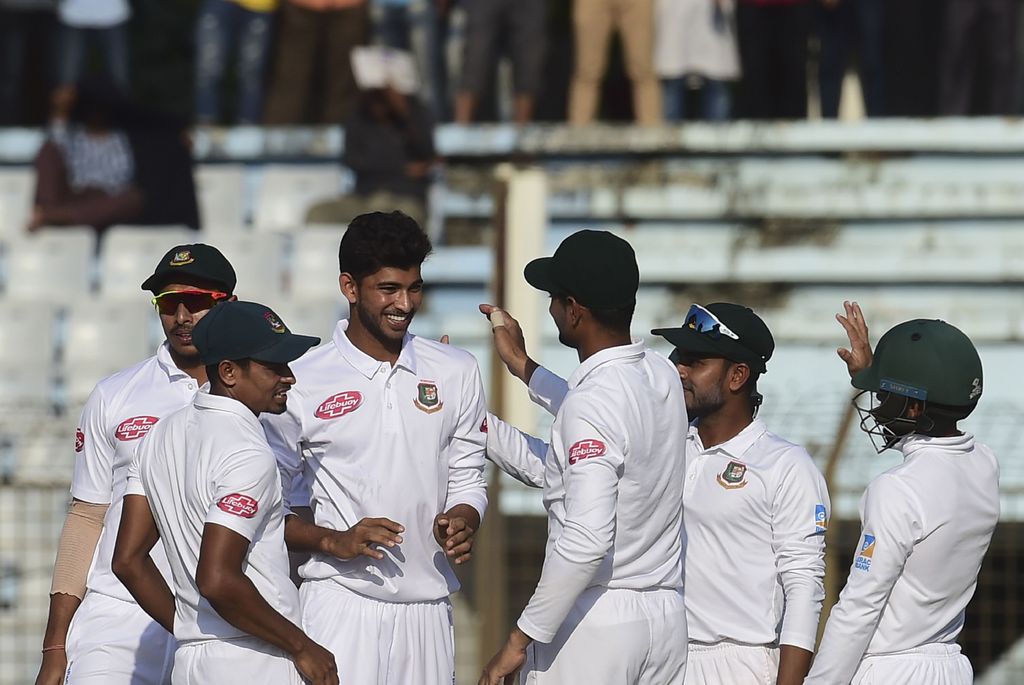 17 wickets fell on the second day of the first Test between Bangladesh and West Indies in Chittagong as the visitors fought back to leave the game right in the balance.

After Bangladesh were bowled out for 324 just 4.4 overs into the day, the hosts then had the Windies in trouble at 88/5 but a 92-run stand between Shimron Hetmyer (63) and Shane Dowrich (63 not out) then wrestled some of the initiative back to the tourists.

West Indies were eventually bowled out for 246, a deficit of 78 runs, with 17-year-old Bangladesh spinner Nayeem Hasan bagging a five-wicket haul on Test debut.

Nayeem finished with figures of 5-61 in 14 overs while skipper Shakib Al Hasan took 3-43 as the Tigers took a sizeable advantage after both teams batted in their innings.

However, Windies spinners Jomel Warrican and Roston Chase took two wickets each in the final session as Bangladesh crawled to 55/5 at the close, an overall lead of 133.

Mushfiqur Rahim (11 not out) and Mehidy Hasan, who is yet to score, will resume for the home side on the third day hoping to build a solid total on what looks to be a spicy pitch with plenty of turn in Chittagong.