Home Countries Performance is not dictated by the mouth

Performance is not dictated by the mouth 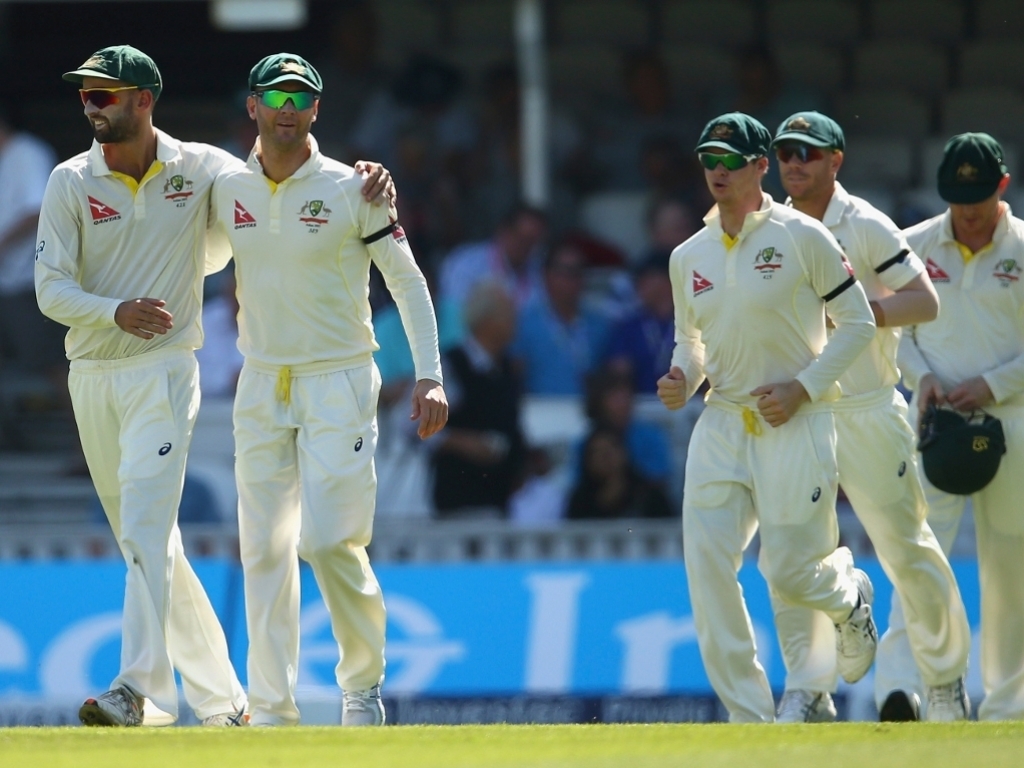 Both Clarke and Haddin were fond of applying sledging but reminded Australia that the way you play the game is of paramount importance not what you say.

Current skipper Smith had urged the team to show more ‘energy’ in the field because he felt they were too quiet and it has sparked a debate that is still raging about sledging.

Clarke told ESPN Cricinfo: “I’m probably contradicting the way I captained, because I loved that aggressive approach and while there was a line, I always liked the team I captained to head-butt that line, not overstep it but head-butt it. That’s how I thought we played our best cricket.

“But the older I got and the more I experienced I believed it wasn’t what you said it was what you did, so your performance wasn’t dictated by your mouth.

“I’m probably contradicting myself and my captaincy style because there were a couple of occasions where I did open my big mouth.

“The reason I did that with James Anderson was to stick up for George Bailey and the Dale Steyn one was sticking up for James Pattinson as well. But I shouldn’t have said a word, in both situations there was no need for me to say anything.”

Clarke stressed that the verbal aspect of the game was born out of the character of the players in the Australian team and that getting involved in on-field spats or sledging doesn’t necessarily guarantee success nor is it essential to be an Australian cricketer.

The former skipper added: “I think you need to do what’s comfortable to you.

“The team I grew up playing in that Australian team, they had Steve Waugh, Matthew Hayden, Shane Warne, these guys liked and enjoyed that verbal competition.

“That helped them perform. So if that helps you, as long as you don’t overstep that mark, then go for your life. There’s a number of players around the world that enjoy that. I remember Kevin Pietersen loved that challenge against Mitchell Johnson or Shane Warne, whoever it was.

“So if it helps your game do it, but I don’t think you should force it. I think that’d be like me trying to bat like Ricky Ponting.

“The guys have got to work out what they feel is best for them individually and as a team and go for it. But if it doesn’t suit your personality then I wouldn’t try to be someone I’m not.”

Haddin meanwhile, asserted that you don’t necessarily have to verbally abuse a batsman or the opposition but he felt Australia were masters of creating a hostile environment while not distracting from their goal of winning the game.

Haddin said: “I don’t think it’s about what you say on the field.

“The best Australian teams I’ve been a part of have been able to create an uncomfortable environment for the opposition with your body language, your movements around the game, and creating an atmosphere with each other where the opposition feels like they’re the only two people out there, or he [the batsman] feels like he’s stuck out there by himself.

“I don’t think it’s all about what you say, it’s the environment you’re trying to create with your presence. That can be having the most athletic fielding team so the opposition feels uncomfortable there.

“I don’t think it’s so much about what you say, it’s about creating the environment to make the opposition feel they can’t play their best. The best way you can do that is to create an environment where the opposition try to do something they don’t normally do.

“It’s not so much what you say to the batsman, it’s creating an environment where they feel uncomfortable and can’t do their job comfortably.

“Sometimes the best form of that is not to say anything – you wouldn’t say anything to a Kevin Pietersen for example because he’d dig his heels in and start taking it personally to hit us all around the park. One of the best things for him was to stay away from him.”

“Sometimes if you’re just focusing on talking and trying to get a reaction it can have a negative effect on your team.

“The reason you create that uncomfortable environment there is to make the opposition do something they don’t want to do. If it starts detracting from what you’re trying to do then that’s a problem.”