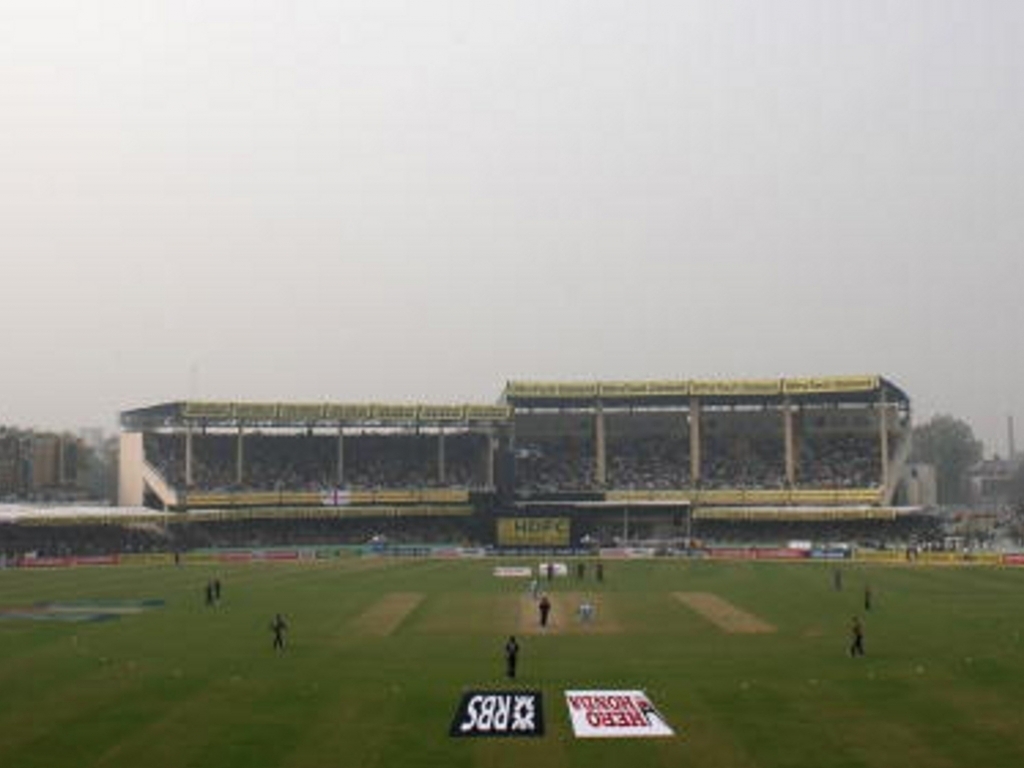 Situated close to the river Ganges in India’s 12th most populous city, Green Park first hosted a Test in 1952 against England.

The stadium is home to the largest manually operated scoreboard in the world and was named after British lady Madam Green who rode horses at the venue.

The ground has also been nicknamed ‘Woolmer’s turf’, as the late coach was born in the McRobert Hospital opposite the stadium.

The pitch at Green Park has traditionally been a flat and lifeless surface largely due to the local soil’s inability to produce pace and bounce as a result the venue has played host to drawn Test matches 12 times out of 21.

The floodlights were used for the first time in 2008 when India defeated South Africa by 8 wickets to clinch a 1-1 draw in the three match Test series.

It has been seven years since Green Park hosted a Test, on that occasion Sri Lanka were India’s opponents and the hosts cashed in on the flat surface by batting first and posting a mammoth 642 all out with all of the top three batsmen getting past three figures.

The huge total and slowly breaking up pitch allowed India to bowl Sri Lanka out twice and earn victory by an innings and 144 runs.

Sri Lanka captain Kumar Sangakkara noted after defeat in 2009: “If we had won the toss and batted first on the wicket and got a decent amount of runs on the board our spinners would have been quite a threat on this track.”

Curator Shiv Kumar said of this wicket:  “I am preparing a sporting wicket and not a square turner.

“It will turn, but from Day Three.

“Toss will be crucial as batting will be the easiest on the opening two days.”

Not many of the current crop of players have played Test match cricket at Green Park but Ishant Sharma played in 2008 and took 5/73 in the match.

It is expected to be hot and humid throughout the Test with a persistent threat of thunderstorms meaning delays are possible but should be reasonably short provided the outfield drains well.

This one could come down to the toss, the first two days are expected to be great for batting but after that we are likely to see the wicket deteriorate.

Past results and interviews conducted with the curator have indicated that the team that bats first stands a great chance of winning this Test.

The dry nature of the pitch will bring seamers who can reverse swing the ball into the game for New Zealand this could seal Neil Wagner’s place in the team while India may be tempted to pick an extra seamer although they seem likely to stick with their team format.