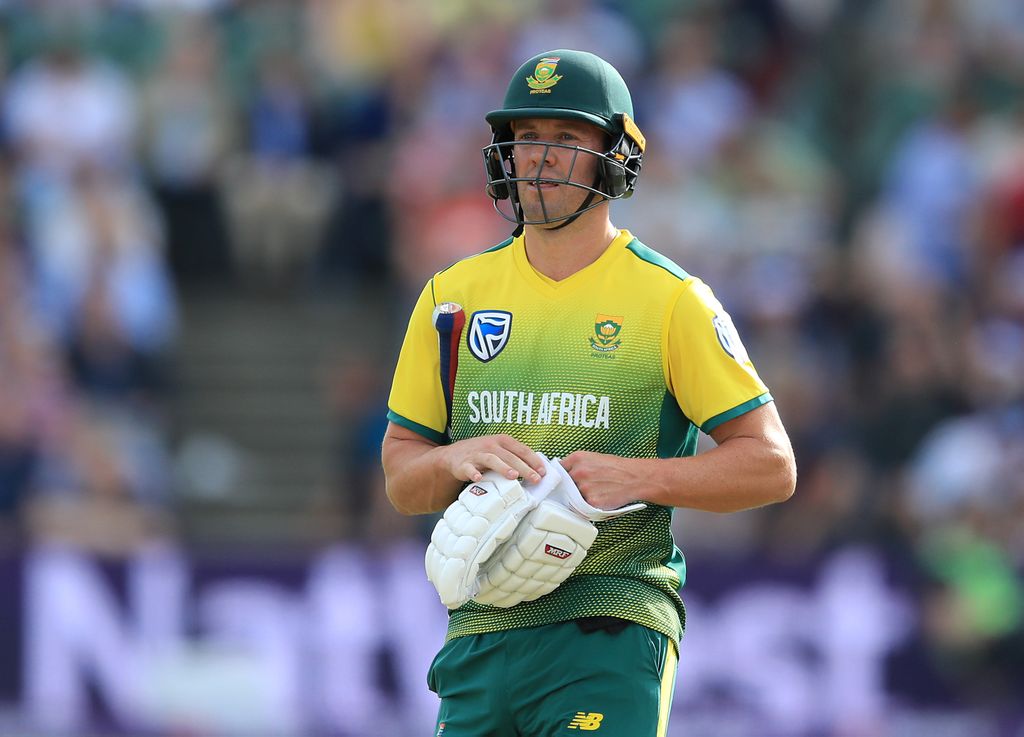 Proteas batman, AB de Villiers, on Wednesday announced his retirement from all forms of international cricket with immediate effect.

De Villiers bows out of international cricket as one of the greatest players to have represented South Africa, having played 114 Tests, 228 One-Day Internationals (ODI) and 78 T20 Internationals.

The 34-year-old says ‘the time is right’ for him to hang up his boots, bringing a close to a sterling 14-year career.

I have decided to retire from all international cricket with immediate effect,” he said on Wednesday.

“This is a tough decision, I have thought long and hard about it and I’d like to retire while still playing decent cricket. After the fantastic series wins against India and Australia, now feels like the right time to step aside.

“It would not be right for me to pick and choose where, when and in what format I play for the Proteas. For me, in the green and gold, it must be everything or nothing.

“I will always be grateful to the coaches and staff of Cricket South Africa for their support through all these years. The most important thank you goes out to all of my team mates throughout my career, I wouldn’t be half the player that I am without the support throughout the years.

“It’s not about earning more somewhere else, it’s about running out of gas and feeling that it is the right time to move on.

“Everything comes to an end. To the cricket fans around South Africa and the World, thank you for your kindness and generosity, and today, for your understanding.

“I have no plans to play overseas, in fact, I hope I can continue to be available for the Titans in domestic cricket. I will continue to be the biggest supporter of Faf du Plessis and the Proteas.”

De Villiers’ records and statistics are a true measure of the skill and brilliance he brought to the crease.

His exploits in the limited-overs formats have been extraordinary, and he finishes as the No.2 ranked player in the world and as the second highest run-scorer behind Jacques Kallis with 9577 runs at an average of 53.50.

CSA president, Chris Nenzani said: “AB is one of the all-time greats of South African cricket who has thrilled spectators around the world with his sheer brilliance, coupled to his ability to innovate and take modern day batting in all three formats but particularly in the white ball ones to new levels.

“What is probably more important is the inspiration he has been to his team mates whether playing at international or domestic level and the wonderful role model he has been to all our aspiring youngsters.

“It goes without saying that he is going to be greatly missed wherever international cricket is played.

“We thank him for the contribution he has made to South African cricket and specifically to make the Standard Bank Proteas world leaders and we wish him and his family everything of the best in his future endeavours.”

CSA Acting chief executive, Thabang Moroe, says it is a disappointing decision but one that is respected.

Moroe said: “AB has been a colossus on the world stage for well over a decade and we are indeed grateful that most of this time he has been wearing the colours of our beloved Standard Bank Proteas.

“We all have our standout memories of his career and they are all very happy ones. I think particularly of the way he was embraced by the whole of India when he led the Proteas to their ODI Series victory in India a few years ago.

“He has captained the Proteas with distinction in all the international formats and his many achievements include making our first double century in a Test in India in 2008 and being a key member of our Test side when they scored their first ever away series wins in England and Australia and ascended to the No. 1 ranking in 2012.

“His ability to improvise has made him known as Mr. 360 degrees in white ball cricket and we will never ever forget those remarkable innings that earned him the fastest 50. 100 and 150 in ODI cricket.

“We are immensely grateful for what he has meant to South African cricket in all its constituencies and we wish him and his family everything of the best for the future.”