Proteas beaten by PM XI in warm-up Down Under 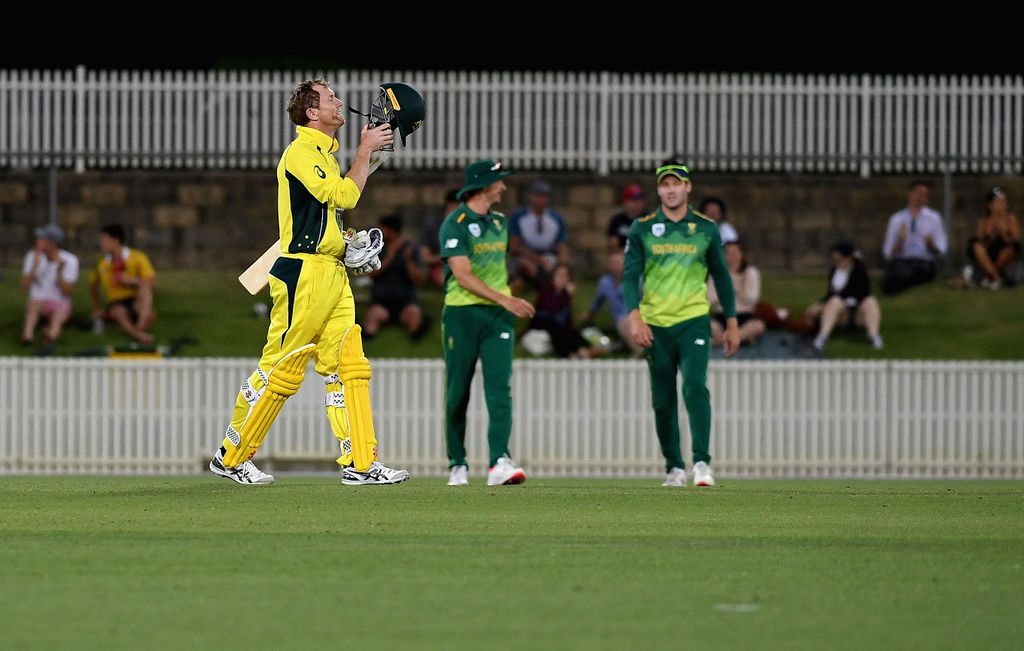 George Bailey led the Prime Minister’s XI to victory for the first time since 2013, with the team defeating the touring Proteas by four wickets in Canberra.

Captain Bailey (51 not out) and Josh Philippe (57) helped the PM’s XI chase down South Africa’s total of 173 with almost 14 overs to spare.

The Proteas won the toss and elected to bat, but Jason Behrendorff struck twice in the opening over of the match.

The left-arm quick finished with 3-35 off seven overs, while spinner Usman Qadir (3-28 off 10) and Blake Edwards (2-43 off eight) also claimed multiple wickets.

Philippe claimed a stumping and three catches with the gloves on, while Jason Sangha also contributed 38 in the PM’s XI run chase.

For the tourists, Aiden Markram top-scored with 47, while Kagiso Rabada and Lungi Ngidi