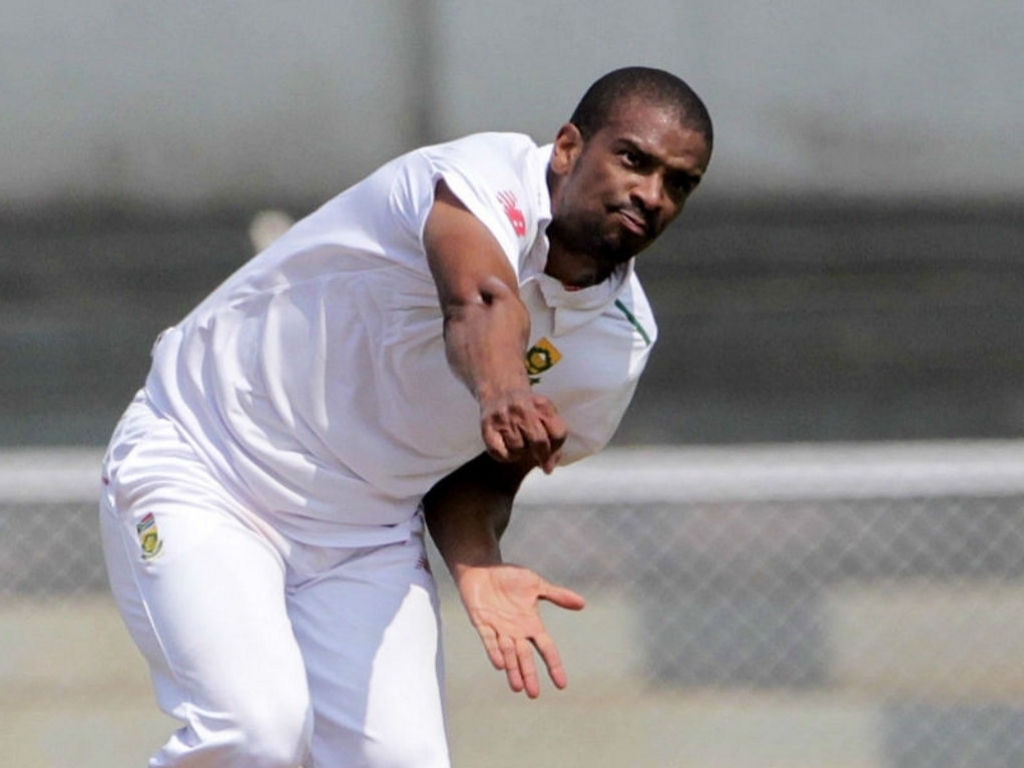 South Africa fast bowler Vernon Philander believes the Proteas pacemen may need to make the Australian batsmen uncomfortable at the crease especially if they start to get on top.

While Australia have been warned against excessive sledging by former players the right arm quick feels South Africa will benefit from disrupting the concentration of the Aussie batters.

Ahead of the first Test Philander said: “There’s going to be a time when a partnership will develop and it will require one or two bowlers to put up their hands and get a bit ugly and make things uncomfortable.

Philander is looking forward to the bit of niggle between the two sides which he thinks brings the best out of him.

The paceman went on: “That tests your character, it’s a part of Test cricket and testing your skills – you need to get out there and win that moment for your team. It’s going to be fun.”

Philander has a point to prove down under having never quite played his best against Australia away from home despite being chief destroyer when Australia collapsed to 47 all out in Cape Town.

“We’ve got to take 20 wickets and as long as I play my part in taking 20 wickets in a Test match, then I’ll be happy.”

The big fast bowler feels South Africa won’t fiddle with how their attack is made up too much and are likely to play a spinner in each Test regardless of what the surface looks like.

He added: “We’ve always had three seamers with a spinner and a part-timer and we’re pretty used to that.”

Regardless what is said or done though Philander says it is critical the Proteas keep their cool.

He rounded off: “Moments are going to get heated but you as a person have to be stay calm and collected.”