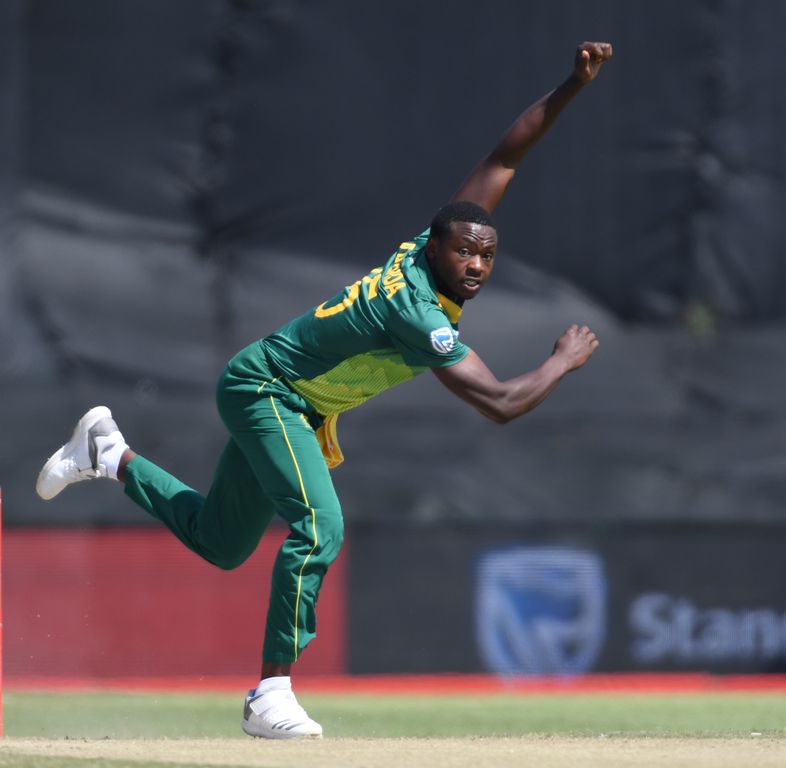 Proteas bowling pair Kagiso Rabada and Imran Tahir have advanced within the top-10 of the ICC ODI player rankings after their side’s 3-0 home series triumph over Zimbabwe.

Fast bowler Rabada, who is also ranked second in Tests, has moved up three spots to take sixth position after grabbing five wickets in two matches, while formerly top-ranked leg-spinner Tahir’s player of the series effort of 10 wickets, which included a hat-trick in the second ODI, has seen him progress three places to seventh position.

South Africa fast bowlers Andile Phehlukwayo and Lungi Ngidi have also made significant gains in a series dominated by their team, who won the three matches by margins of by five wickets, 140 runs and four wickets.

For Zimbabwe, Hamilton Masakadza (up three places to 64th) and Sean Williams (up eight places to 78th) are the main gainers among batsmen while Tendai Chetara (up six places to 45th) has progressed in the list for bowlers.

The Proteas’ facile win did not impact the ICC ODI team rankings as both teams remained on their pre-series points tally – the home side in fourth position on 110 points and Zimbabwe in 11th position on 53 points.