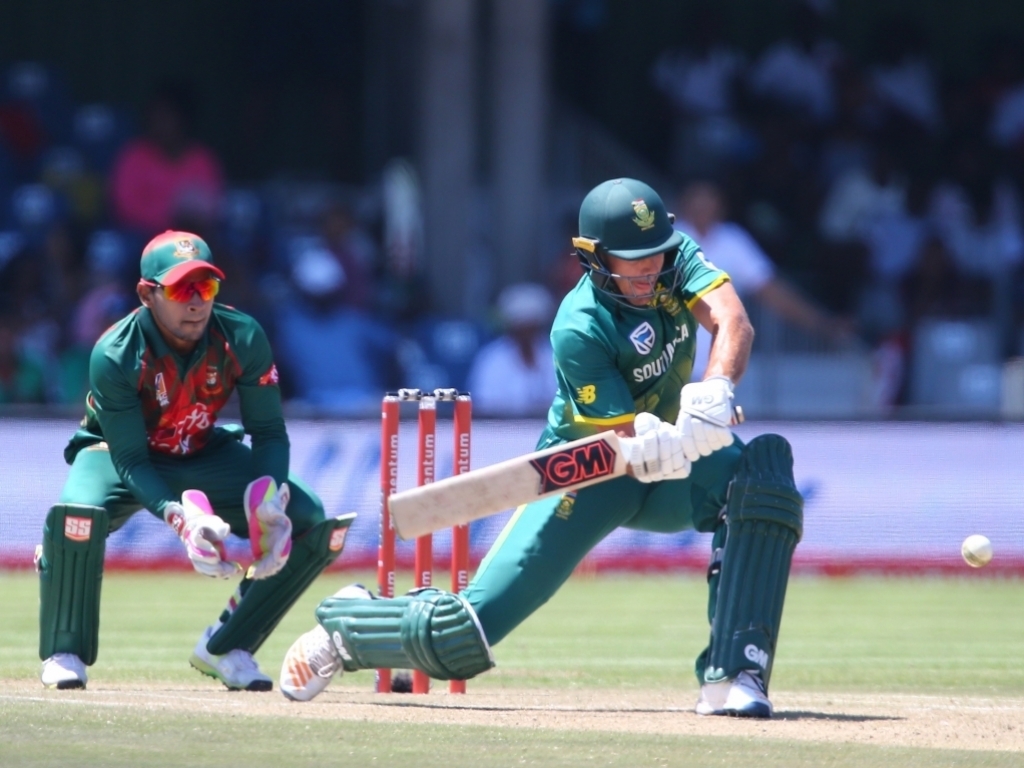 South Africa completed a three-nil ODI series whitewash over Bangladesh when the hosts romped to an emphatic 200-run victory in the third and final game in East London on Sunday.

The Proteas piled on 369/6 in their 50 overs after captain Faf du Plessis won his first toss of the series and elected to have first strike.

Aiden Markram and Wiaan Mulder were drafted into the home side to make their ODI debuts while Temba Bavuma took the place of the rested Hashim Amla at the top of the order.

Bavuma (48) and Quinton de Kock gave the Proteas a rollicking start, putting on 119 for the first wicket inside 18 overs before the former holed out to long-off.

De Kock made his way to 73 while du Plessis contributed 91 before he had to be helped off the field with a what was confirmed as a lower back injury with 10 overs still to go.

The skipper shared in a 151-run stand with Markram, who made his way to 66 in his maiden ODI innings before he was run-out going for quick runs.

AB de Villiers, who scored 178 in the previous ODI on Wednesday, could not repeat his batting heroics from Paarl and perished for 20 while Farhaan Behardien (33 not out off 24 balls) and Kagiso Rabada (23 not out from 11 balls) helped the total past the 360 mark.

The Tigers lost opener Imrul Kayes (1) in the second over – to pacer Dane Paterson – and never recovered as they were bundled out for 169 in the 41st over.

Only Shakib Al Hasan, with 63, showed any resistance with the willow while Sabbir Rahman tried hard as he fought his way to 39 but the visitors were just hopelessly outclassed once again.

Mulder got himself in the wickets column with 1-32 from eight overs while Paterson will be happy with his outing as he finished with 3-44 from nine overs.

Markram showed he has more strings to his bow when bowled three overs of off-spin and claimed 2-18.

The teams will now contest two T20Is, the first taking place in Bloemfontein on Thursday followed by a game in Potchefstroom to round off the tour on Sunday.