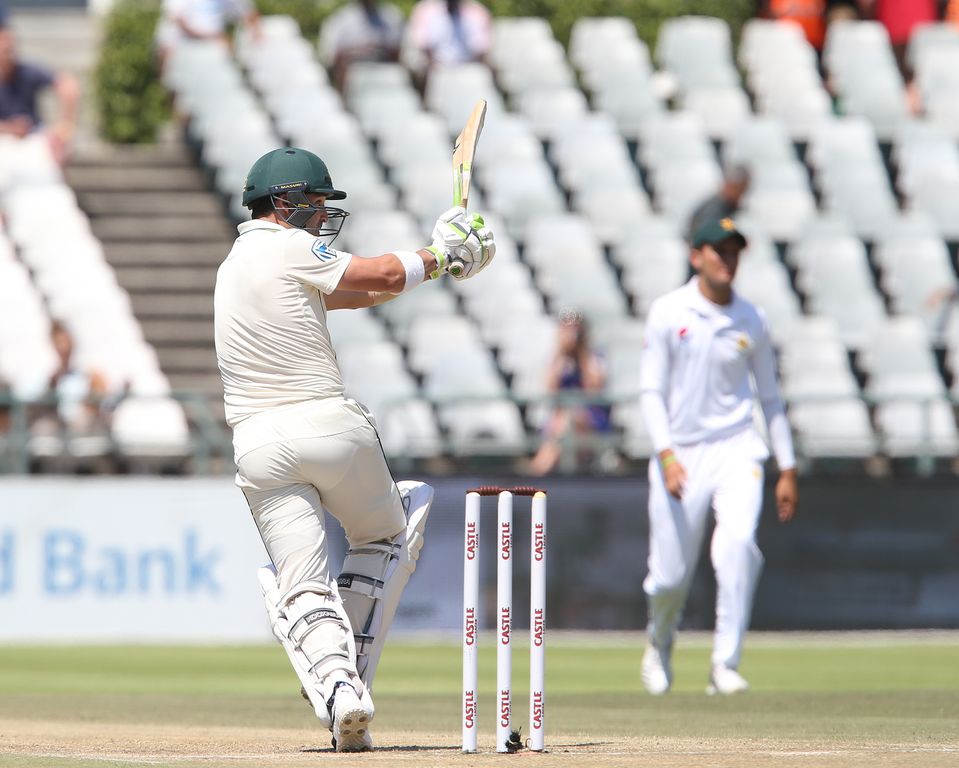 The Proteas completed their expected victory in the second Test against Pakistan at Newlands on Sunday with the hosts changing down the target of 41 with one wicket down.

Theunis de Bruyn (4) was the only wicket to fall on the fourth day as the batsman gloved the ball to the wicketkeeper off seamer Mohammad Abbas in the fourth over.

De Bruyn was opening because of an injury to Aiden Markram, who suffered a bruised thigh in the field on Saturday.

Hashim Amla (2) took a blow to his right bicep from fast bowler Mohammad Amir and was forced to retire hurt in the seventh over.

Dean Elgar (24 not out) and captain Faf du Plessis (3 not out) saw the team over the line 48 minutes into the fourth morning.

With the victory, the now have an unassailable 2-0 lead in the three-match series with the final game set to start at the Wanderers on 11 January.

It is the Proteas’ seventh consecutive Test series win at home and also keeps a proud record for skipper Du Plessis who has never lost a series in South Africa in the longest format.