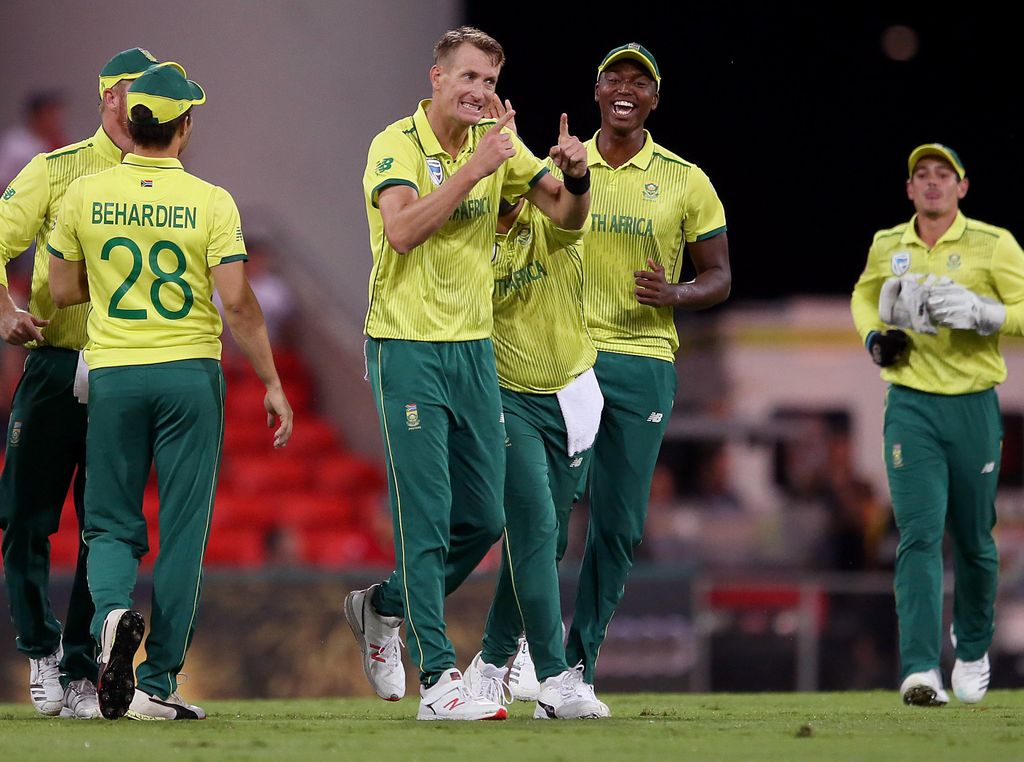 The Proteas finished off a successful tour to of Australia with a comfortable 21-run victory over the hosts in a one-off T20I in Carrara on Sunday.

It was effectively a T10 match as persistent rain for much of the evening reduced the game to a 10 overs per side match.

Chris Morris, getting his first international outing of the tour in the place of Dale Steyn, took two wickets in his first over and had the best figures of 2/12 from his two overs.

Tabraiz Shamsi, also having his first game of the tour, returned an economical 1/12 in spite of having to cope with the slippery ball, and there were two wickets each for Lungi Ngidi and Andile Phehlukwayo.

Only Glenn Maxwell, with 38 off 23 balls, made a notable contribution for the hosts as the Australia batsmen crumbled with the pressure of a mounting asking rate.

Earlier, the Proteas, having lost the toss at an unfamiliar venue for them, were given a runaway start by openers Quinton de Kock (22) and Reeza Hendricks (19) who put on 42 in the three power play overs.

Faf du Plessis added 27 off 15 balls as a further 50 runs came off the next five overs and, although they only scored 10/3 in their last two overs, they still posted a highly competitive total of 108/6.

The Proteas though completed a highly successful tour that saw them achieve success in both white ball formats as they also won the three-match ODI series 2-1.