Home Countries Proteas grind Australia down at the Wanderers

Proteas grind Australia down at the Wanderers 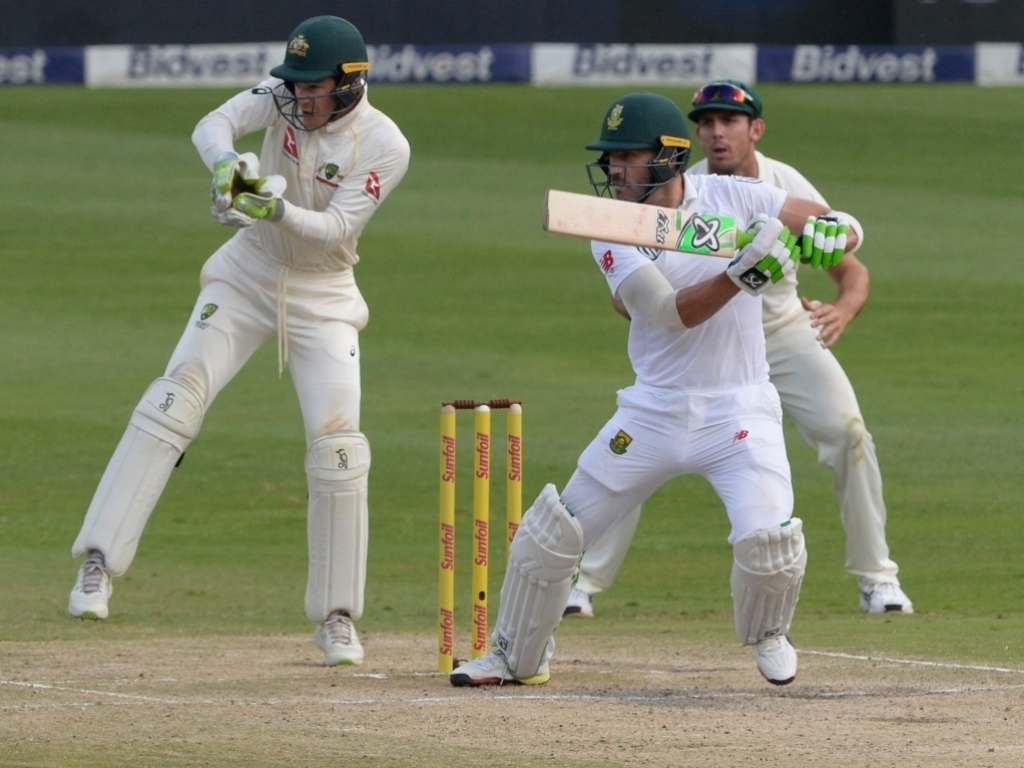 The Proteas are in well in control of the fourth and final Test at the Wanderers against Australia, the home team closing the third day on 134/3, an overall lead of 401 runs.

Opening batsman Dean Elgar (39 not out) and captain Faf du Plessis (34 not out) will resume on the fourth morning looking to score quickly to set up the declaration.

The Proteas lost Aiden Markram (37) in the 19th over when he edged Pat Cummins to second slip after an opening stand of 54 with Elgar.

Hashim Amla (16) was caught at leg-slip off the bowling of off-spinner Nathan Lyon while AB de Villiers (6) edged the impressive Cummins to wicketkeeper Tim Paine to leave the hosts on 94/3.

The lead should already be enough for this Proteas team to enter the record books as they are now all but guaranteed to become the first South Africa side to win a Test series at home against the Aussies since re-admission.

Earlier, Du Plessis decided not to enforce the follow-on despite bowling the visitors out for 221, a deficit of 267 after South Africa’s first innings total of 488.

Resuming the day on 110/6, Australia skipper Paine and Cummins took their seventh-wicket stand to 99 with the latter scoring his maiden fifty in Test cricket.

Cummins was eventually dismissed for exactly 50 when he was trapped lbw by spinner Keshav Maharaj.

Lyon (8) and Chadd Sayers (0) fell quickly but Paine hit a few blows as he made his way to 62 before Elgar took a splendid catch running backwards from mid-off off the bowling of Kagiso Rabada.

Rabada, Vernon Philander and Maharaj picked up three wickets each while Morne Morkel, playing in his final game for the Proteas, took the scalp of Mitchell Marsh late on day two.