Home Countries SA hit back to leave honours even at Newlands

SA hit back to leave honours even at Newlands 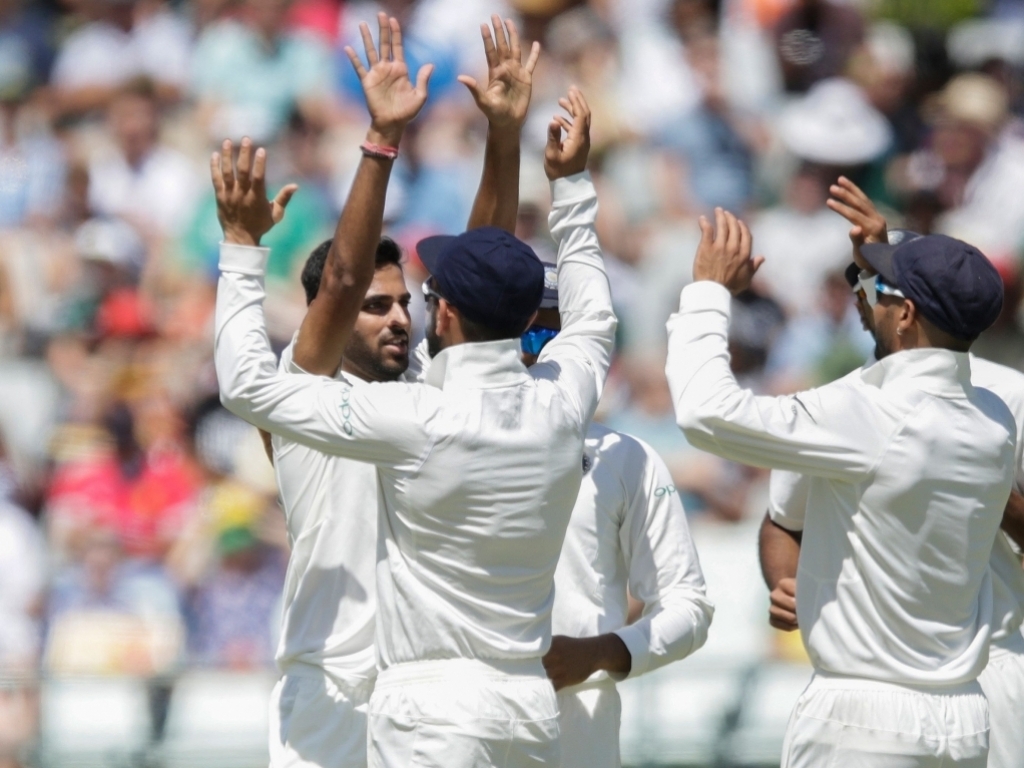 India were 28/3 at stumps on the first day of the first Test against South Africa at Newlands on Friday, after the hosts were bowled out for 286.

The tourists lost three wickets after facing a hostile 11 overs before the close with Murali Vijay (1), Shikhar Dhawan (16), and Virat Kohli (5) back in the pavilion.

The Proteas  pace attack of  Vernon Philander, Dale Steyn and Morne Morkel all got in the wickets column with Steyn making decent return to Test cricket in two years.

Earlier the Proteas recovered well to be bowled out for 286 with about an hour left of the play after winning toss and opting to bat on a pitch that offered considerable movement.

The two boyhood friends added 114 for the fourth wicket after the hosts slipped to 12/3 in the fifth over.

Seamer Bhuvneshwar Kumar was getting the ball zip across the surface and accounted for Dean Elgar (0), Aiden Markram (5) and Hashim Amla (3).

Quinton de Kock (43 off 40 balls) took the attacking approach and put on 60 for the sixth wicket with Philander (23).

There were decent contributions down the order by Keshav Maharaj (35), Kagiso Rabada (26) and Steyn (16 not out).

Bhuvneshwar finished with figures of 4/87 in 19 overs on a great first day of the three-match series.