Home Countries Tahir: I want to play for as long as possible

Tahir: I want to play for as long as possible 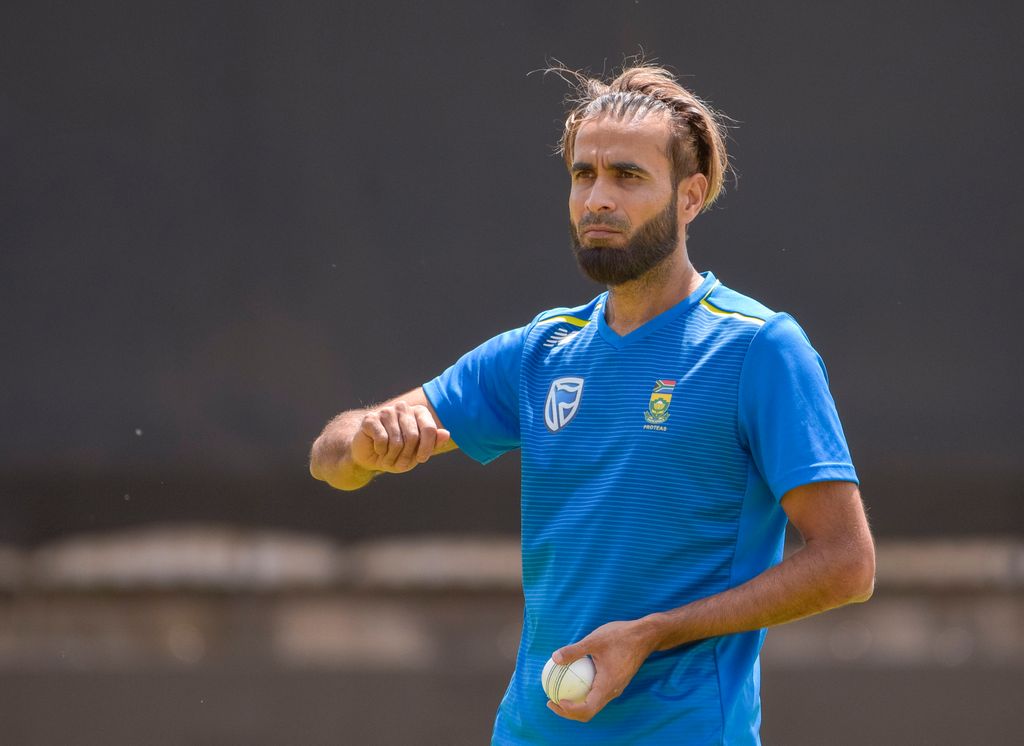 Imran Tahir says he is thrilled to be back playing for the Proteas in the ongoing ODI series against Zimbabwe and insists he has plenty more cricket left in the tank.

The 39-year-old leg-spinner had last played an ODI in February, and marked his comeback into the squad with 2/23 in the first ODI in Kimberley on Sunday.

He was rested for the Sri Lanka tour last month to give the selectors an opportunity to look at other spin options, and returns with a determined hunger and desire to succeed.

“I would rather be playing than having a rest, which is why I am happy to come back and put the Proteas shirt on, it is an absolute privilege. I am looking forward to every match of this series.

“It is a bit early for me to say anything,” he said of his retirement. “I am loving the game at the moment, but I will admit that if we win the World Cup I will probably call it.

“It’s too early to say but at the moment I am enjoying every opportunity that I get to play for South Africa. I am trying to go as long as I can, I want to make sure I enjoy my game and I give what the team requires from me.

“I also don’t want to overstay in the team, I want to leave with respect.”

The Proteas have a quality pool of spinners to pick from across the formats, a headache which promotes healthy competition and variety in selection.

Tahir, the incumbent first-choice ODI spinner for the Proteas with 86 caps and 141 wickets, says he is eager to impart his knowledge and skills to the next generation of spinners coming up.

“It is nice to see the spinners coming up,” he said. “Shamsi has done well and deserves to be where he is at right now.

“I am looking forward to share my knowledge with him and with all the spinners that I will get to play with, even at the Dolphins.

“I always try to help spinners as much as I can wherever I play in the world. It is exciting that we have another mystery bowler in Shamsi and I look forward to playing with him if we do play two spinners.

“We talk often about the game, and we make plans in advance of any series or game, which is great. I am happy to help anyone who wants to talk about spin.”

The Proteas have turned their attention to the second ODI against Zimbabwe taking place at the Mangaung Oval in Bloemfontein on Wednesday.

The Proteas hold a 1-0 lead and will be looking to wrap up the series with a match to spare.

“I am up for it, the team is up for it and we have learnt from the mistakes we made in the last game,” Tahir concluded.