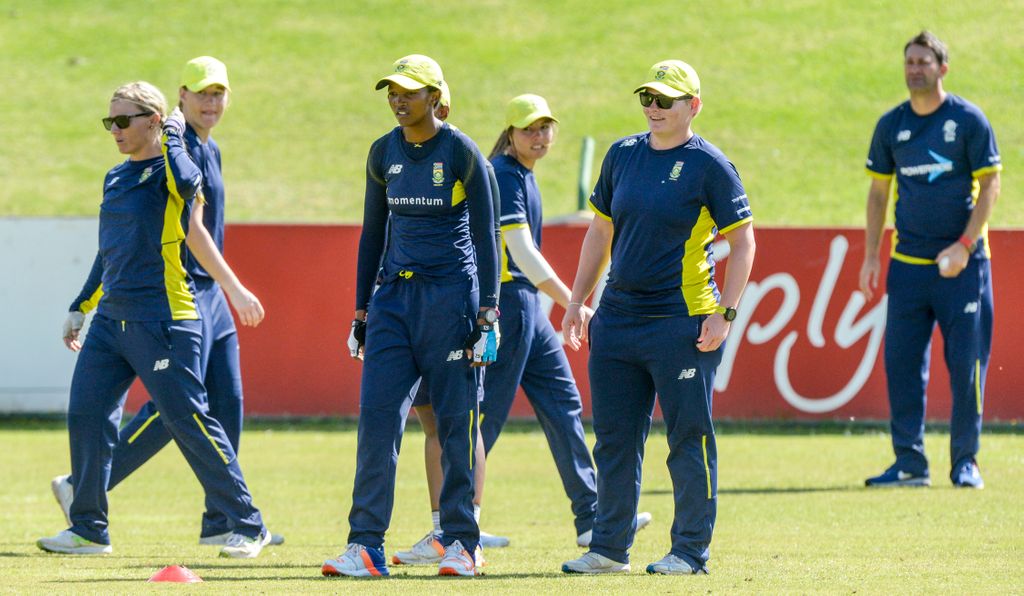 Proteas women’s interim head coach, Salieg Nackerdien, believes his charges can and will reach their goal of winning the ODI series five-nil when they meet Bangladesh in the last encounter on Monday.

The coach is confident that the team will replicate its clinical performances so far and return unbeaten in the series when they play at Manguang Oval in Bloemfontein.

Although the hosts have comprehensively beaten the tourists by margins of 106 runs in match one, nine wickets in the second and third fixtures and 154 runs in the fourth, Nackerdien believes there is still room for improvement and hopes to see the players meet the challenge head on.

“We’ve had a really good tour so far,” he said. “The team have been clinical and played with great skill.

“We’ve discussed a few areas that still need addressing, such as not getting out softly and losing wickets in clusters and from a bowling point of view, minimizing extras.

“We want to continue with the standard of fielding that we have maintained, which has been excellent throughout the series so far and to dominate in all departments. We need at least one player to score a hundred, that’s the goal and hopefully it will come from one of the top six.”

Nackerdien is particularly pleased by the team effort it has taken to win the matches. The batters andbowlers have all either set up or outright won matches for the home side, with three different player of the match awards handed out to South Africa.

Vice-captain, Chloe Tryon received two, at the conclusion of the first and fourth matches.

“It’s definitely pleasing,” Nackerdien continued. “That is how we want to play, with everybody contributing towards the success of the team.

“That’s the plan going forward when we play our next series and tournaments, to always be striving to do better as a side and having different players owning the match and taking us over the line.”

The top run scorer of the series is opener Lizelle Lee with 200 runs in four innings, including two half-centuries and a high score of 70. She is batting at an average of 66.66 with 26 boundaries and two maximums.

Nackerdien went on: “We are in a good space, with good momentum going into the series against England next month.

“We’re still a work in progress, we need to keep improving all the time and working towards converting those 70s into 100s and three-wicket hauls into five-fors.

“Monday will be a good opportunity for the team to end the series on a high note and achieve some of the evolving goals that we have set for ourselves because we don’t worry too much about the opposition, we look more at what we as the Momentum Proteas can do to make sure that we are always taking a step forward in the right direction.”