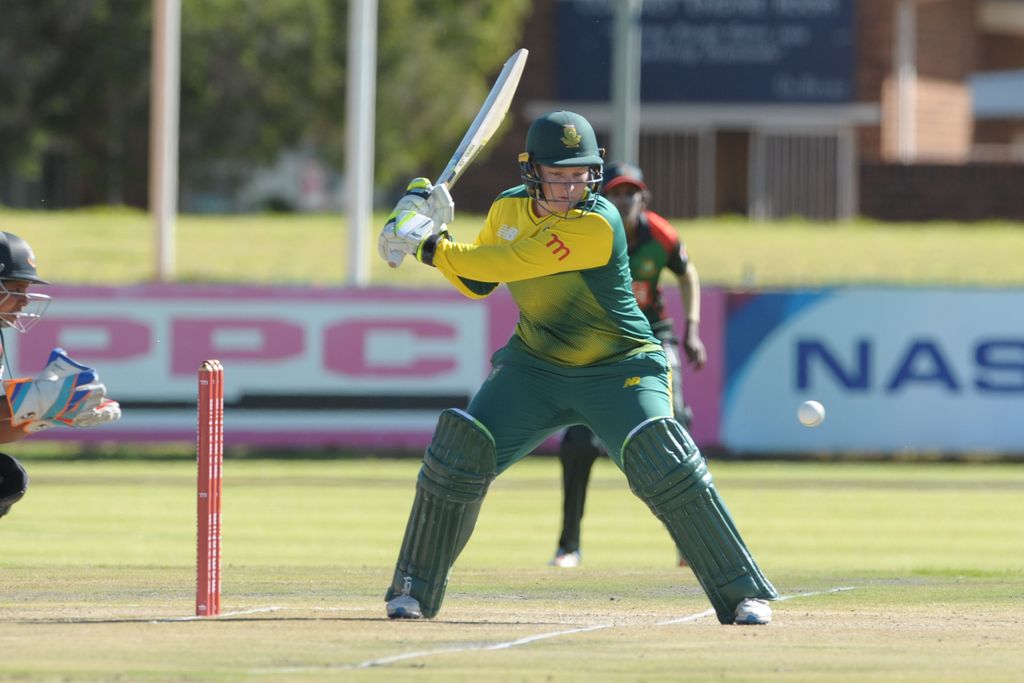 Proteas Women’s opening batter Lizelle Lee is delighted by the way the team has gone about their training sessions at their pre-tournament camp ahead of the Women’s World T20 which will run from 09-24 November in the West Indies.

The South African team are already in the Carribbean and will play two unofficial warm-up matches against England and India on Monday and Thursday respectively before they set out for St. Lucia where they will begin their Group A participation in the tournament proper.

Lee believes that these matches will be the perfect opportunity for the team to measure their progress ahead of the competition and will give them a good idea as to what areas still need working on if any.

ALSO READ: Nothing less than the title will do for Dane van Niekerk and the Proteas Women

“The team is looking really good,” she said. “We had our first training session yesterday and we hit the ground running.

“The mood in the camp is very good, we’re excited to be here and are looking forward to tomorrow’s warm-up game against England.

“You always want to win games of cricket but I don’t think that we’re too bothered about that for tomorrow. We want to see how we go about the things that we have been working on, to try and see what works for us and what doesn’t.

“We’ve come a long way since the England tour in June and this will be a good opportunity for us to see how we go and if the lessons have stuck.

“Hopefully the girls will score a few good runs and take some wickets and we’ll see if we’re implementing the things we have been working on well enough.”

The Proteas Women have put a lot of emphasis lately on playing a more positive and attacking brand of cricket and Lee wants to see the implementation of those plans, especially in the batting department when they take to the crease against England.

“For me, one of the outcomes that I really want to see from tomorrow’s game is how we go about playing positively especially in the batting,” she continued.

“I also want to see us making the most of the conditions we are given by adapting to them a lot faster than we have done in the past.”

South Africa come off the back of a moderately good tour of the West Indies where they drew both the three-match ODI and five-match T20 series. Lee said that the tour went a long way in helping their preparation for the World T20.

Majority of their players had never played in the Windies before and struggled to adapt to conditions up front, but now they are fully prepared for what is to come and look forward to applying their knowledge.

“I was just saying to Hilton yesterday that we could have been in Pretoria right now having a pre-camp there which wouldn’t have prepared us half as well as what we’re doing here.

“Credit to CSA (Cricket South Africa) for helping us to get here earlier so that we can adapt again to the conditions before the tournament gets started. The rest is now up to us.”