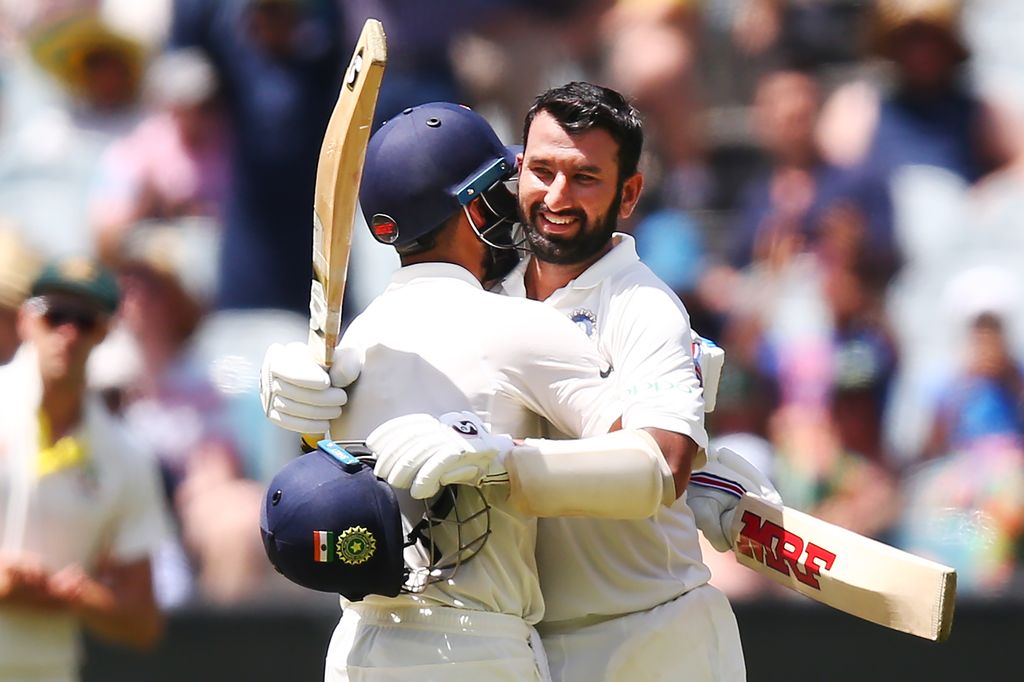 Cheteshwar Pujara scored his 17th Test century as India’s batsmEn made Australia toil on the second day of the Boxing Day Test in Melbourne on Thursday.

Pujara struck a patient 106 off 319 balls and was involved in a partnership of 170 with his captain Virat Kohli as India amassed 443/7 before declaring.

At the close on day two, Australia openers Aaron Finch and Marcus Harris survived six overs to be eight without loss.

However, it was Pujara who once again stole the show as he hit his second ton of the series as he and his skipper resumed the day on 215/2.

The pair batted through the entire first session but after the interval Kohli, on 82, uppercut fast bowler Mitchell Starc to be caught at third man by Finch.

Pujara fell soon after reaching his hundred, bowled by Pat Cummins, but Ajinkya Rahane and Rohit Sharma put on a stand of 62.

Rahane was out to spinner Nathan Lyon for 34 while Rohit made his way to 63 not out and together with Rishabh Pant (39) made sure India got enough runs as Kohli called his players in.