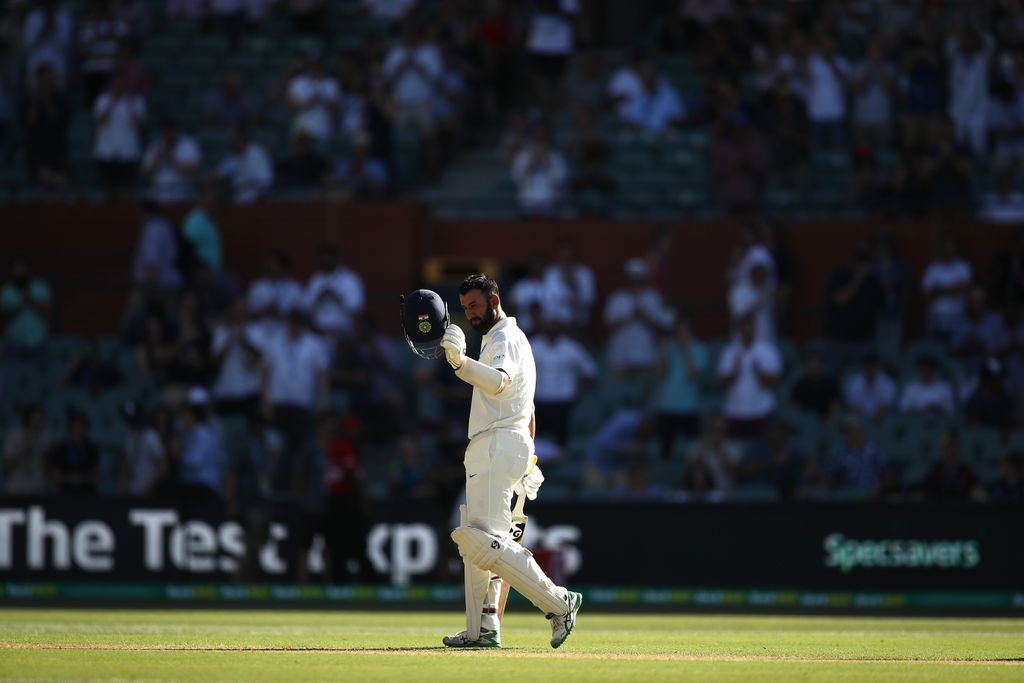 Cheteshwar Pujara scored a brilliant century to rescue India on the first day of the first Test against Australia at the Adelaide Oval on Thursday.

The number three batsman faced 246 balls in his gutsy knock and in the process passed 5 000 runs in Test cricket as wickets tumbled around him.

Pujara was eventually superbly run-out by Pat Cummins as the batsman tried to take a quick single to mid-off in what turned out to be the last over of the day.

Earlier, India got off to a disastrous start after Virat Kohli had won the toss as the visitors simply gifted their wickets to the home side’s bowlers.

In their first home Test since the ball-tampering scandal in March, Australia took four wickets before lunch with the India batsmen guilty of playing at deliveries they would have been better off leaving alone.

Seamer Josh Hazlewood started the rot as he removed KL Rahul, caught in the slips, for 2 while fellow opener Murali Vijay edged to keeper Tim Paine for 11.

Pat Cummins got the big wicket of Kohli with the India skipper brilliantly caught at gully by Usman Khawaja for only 3 and vice-captain Ajinkya Rahane followed soon after for 11.

Rohit looked good until he had a brain-fade and skied spinner Nathan Lyon to deep square-leg.

Lyon, Cummins and Hazlewood and Starc all grabbed two wickets each on a sweltering day in Adelaide that hosts will be happy with despite Pujara’s ton.