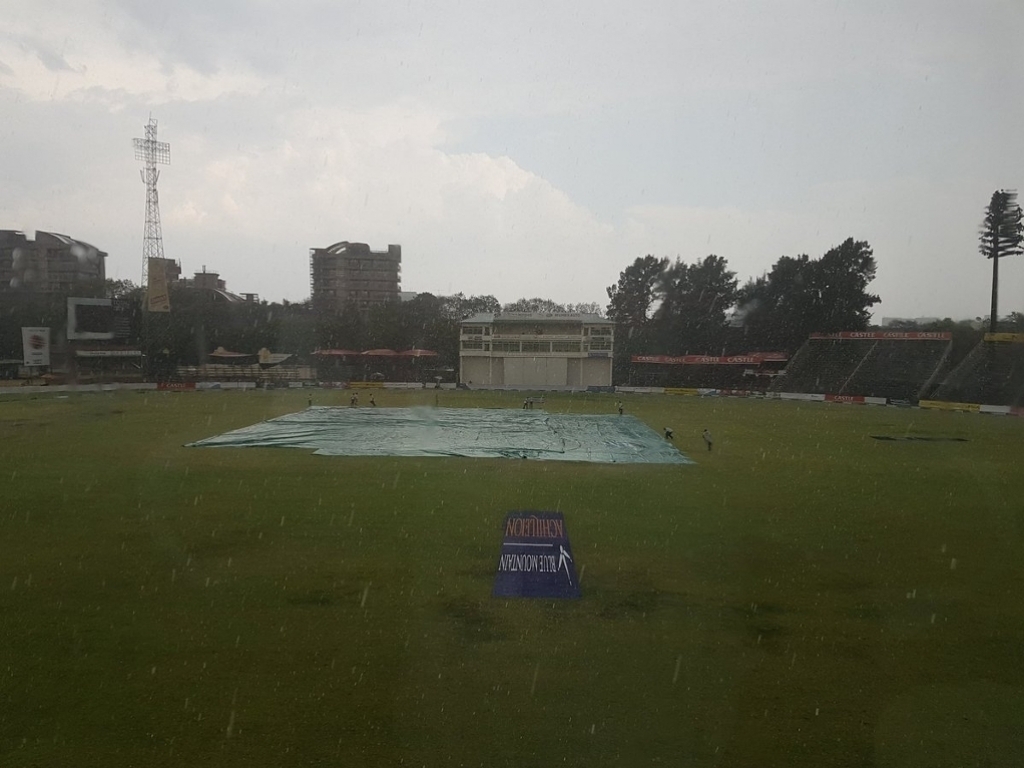 A rare early afternoon shower in Harare has given Zimbabwe a great chance of saving the first Test against Sri Lanka with the visitors 411 runs ahead.

Sri Lanka are likely to declare overnight but Zimbabwe have shown enough resolve in this Test so far to suggest they could survive the final day to share the spoils.

Before the rain halted proceedings Sri Lanka had moved to 247 for six putting them 411 runs ahead.

Carl Mumba marked his debut by running through the Sri Lankan middle order.

Kaushal Silva (7) was the first of Mumba’s victims, he chopped on a ball pitched up just outside off.

Malcolm Waller had Kusal Perera caught at slip for 17 before Mumba struck again on the stroke of lunch as Kusal Mendis (19) chipped him to Graeme Cremer at mid on.

Sri Lanka were 111 for 3 at the meal break and already had a sizeable lead.

Upul Tharanga followed up a century in the first innings by making just one before he bottom edged Mumba and Peter Moor took a low grab to leave Sri Lanka 117 for four.

All the while opener Dimuth Karunaratne was steadily keeping the scoring rate up on his way to 110 off 173 balls.

Karunaratne would put on 94 runs for the fifth wicket with Dhananjaya de Silva who cracked 64 before Christopher Mpofu held a simple return catch to send the centurion packing.

Mumba would get de Silva to claim his fourth wicket of the day before Asela Gunaratne (16 not out) and Dilruwan Perera (1 not out) took Sri Lanka to 247 for six when rain stopped play.

Mumba would end the day with figures of 4 for 50.