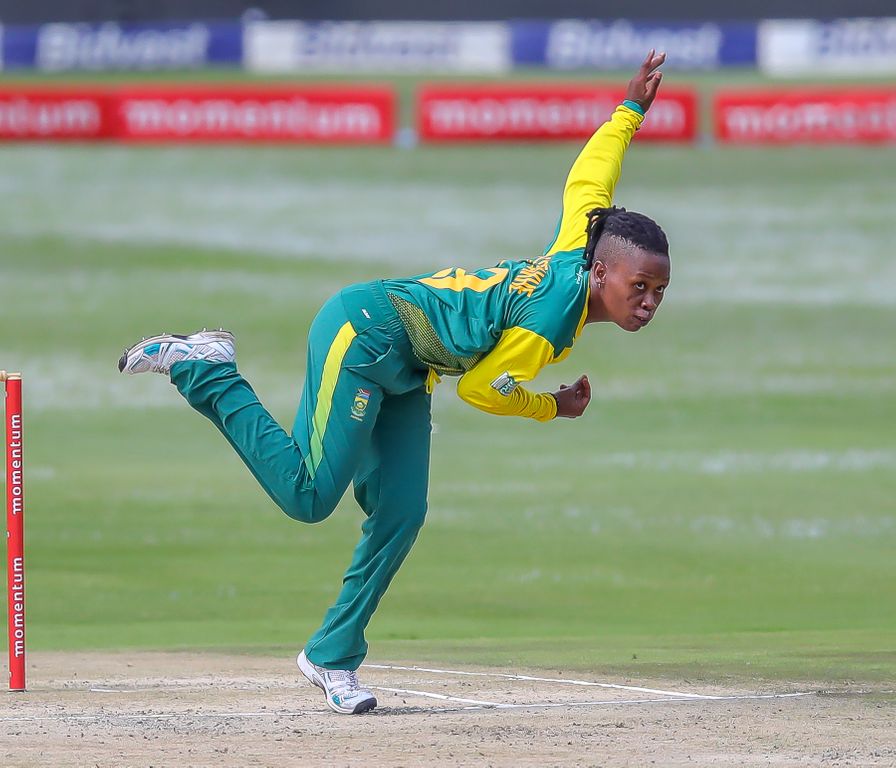 Raisibe Ntozakhe attributes the Proteas women’s team success so far in the ODI series against Bangladesh on taking it one match at a time and focussing primarily on their processes and sticking to the basics.

The hosts claimed emphatic victories by 106 runs and nine wickets in Potchefstroom to take a 2-0 lead in the five-match series with the third game set to be played at the Diamond Oval in Kimberley on Wednesday.

The 21 year-old spinner Ntozakhe, from the Alexandra township in Johannesburg, has been one of the standout South African bowlers in the series so far, returning impressive figures of 1/21 in 10 overs in the first match and helping to set up the drubbing of the tourists in the second game with figures of 3/16.

Ntozakhe said: “It’s been a really good series for us so far, especially after the disappointment of the India tour earlier this year, we really wanted to make sure that we do the small things right.

ALSO READ: Khaka knew she had to strike for the team

“We sort of went back to the drawing board and identified the areas that needed immediate attention and those that we could work towards. I think we’ve achieved some of our goals by not overthinking too much and just sticking to the basics.”

Ntozakhe credited her stint with the South Africa Emerging team last month (who played a triangular series against Australia U19s and the England Academy) as a contributing factor to her improved bowling.

“Playing for the Emerging side really helped me get more games under the belt while I was preparing for this tour,” Ntozakhe explained.

“I was able to work on the areas that I wanted to in real match situations against two teams who had some exciting up and coming players.

“By the time I joined the national team for camp, my confidence was up and the immediate way that we all just gelled as a team after not seeing each other in while also really got the excitement and energy up.”

The hosts are just one match away from a series win and Ntozakhe is quietly confident of their chances, while still wary of the unpredictable nature of the Bangladesh side in the new conditions of Kimberley.

“We always enjoy playing in Kimberley. We’ve played here a lot in recent times and I think that experience will help us in the next couple of games,” she went on.

“It’s quite different to Senwes Park (Potchefstroom) because the outfield is a lot bumpier and the wind is really strong. Our fast bowlers were also really excited to see a bit of green on the wicket so it’s going to be a nice change and a fresh, new challenge.

“We won’t be underestimating Bangladesh or their ability to bounce back. We know that they will want to put in a big performance tomorrow and try to save the series, so it’s going to be another big game for us.

“I’m sure that if we keep doing what we’ve been doing and also improving in the areas that need it, we’ll be successful. We won’t be happy until the series is done and we have won it five-nil.”