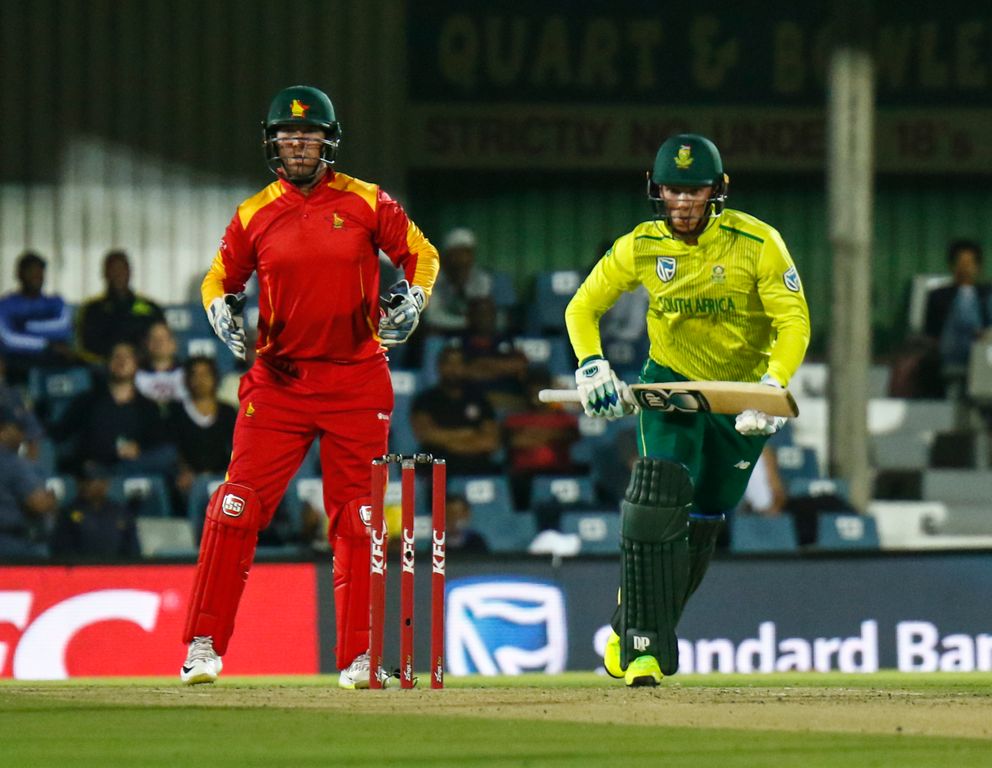 Proteas batsman Rassie van der Dussen described scoring a half-century on his T20I debut against Zimbabwe at Buffalo Park on Tuesday as the ‘perfect’ start to his international career.

Van der Dussen (56 off 44 balls) came to the crease with the Proteas on 11/2, but showed no signs of debutant nerves as he rebuilt the innings together with captain Faf du Plessis (34 off 20 balls) and David Miller (39 off 34 balls) towards a defendable total of 160.

The 29-year-old has worked hard for his international selection this year; he earned his maiden SA A call-up after finishing as the leading run-scorer of the domestic four-day competition last season, took the Vancouver Knights to their maiden Global T20 Canada League title and featured for the St Kitts and Nevis Patriots in the Caribbean Premier League.

“It is pretty close to perfect,” he said of his debut. “To get 50 on debut and to top it off with the team winning, which is the most important thing, it is a dream come true and I couldn’t be happier.

“It has definitely helped my game,” he said of playing in the various T20 leagues around the world. “You come up against some of the best in the world in these international tournaments.

“Doing well there gave me the confidence to know that I can perform at that level. This is international cricket, it is a new stage with extra pressure but also with a lot of privilege. It gave me confidence to come out and play my game.”

The second T20I takes place at Senwes Park in Potchefstroom on Friday, a former home ground for Van der Dussen, who played for North West before becoming a consistent starter for the Highveld Lions.

He expects the conditions up on the Highveld to produce high-scoring pitches which will need a change of game plans and mindset against Zimbabwe’s bowlers.

“As a player you always have to try to learn and adapt,” he explained. “You want to get better every day.

“I came up against Zimbabwe’s bowlers for the first time so going into the next few games I will reassess and see where I went wrong and where I can do better. Hopefully I can emulate what I did here in the last two games.

“Spin won’t be as effective on the Highveld,” he said. “We might have some high-scoring games if the wickets are like they usually are in Potch and Benoni.

“As a batter your scoring areas and tactics change a bit, especially against spin. I can see some big totals if we get good wickets.”