Home Countries Jadeja: I will always remember this comeback

Jadeja: I will always remember this comeback 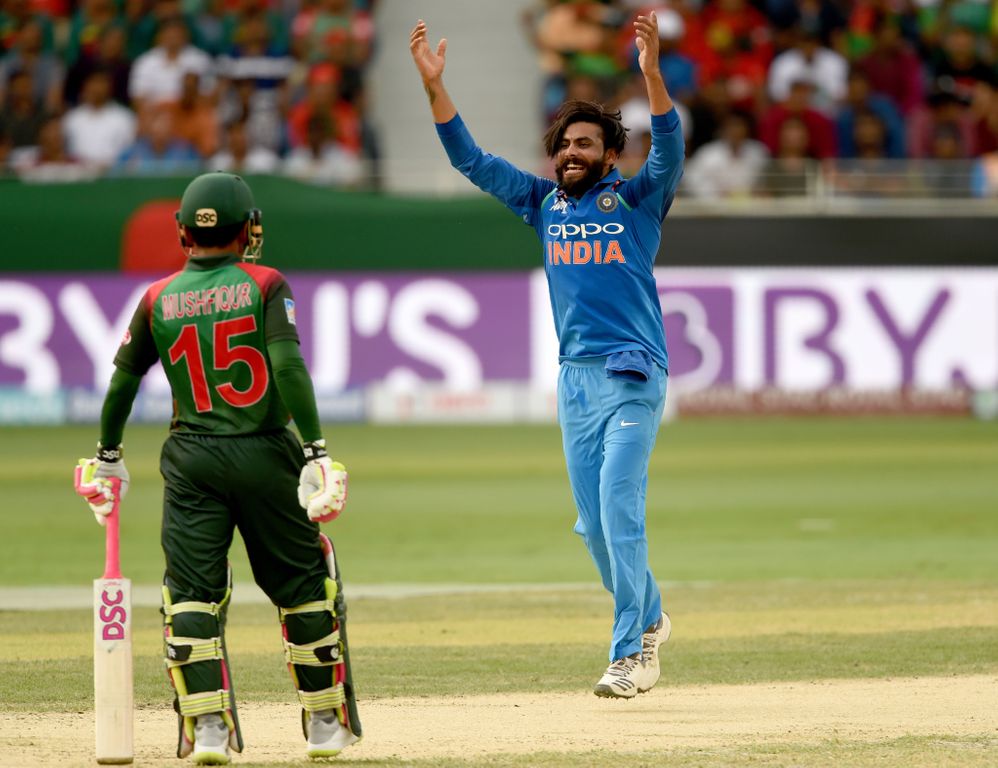 Ravindra Jadeja said he will “always remember this comeback” after helping India to a convincing seven-wicket win their Asia Cup clash against Bangladesh in Dubai on Friday.

India’s batsmen chased the target with 82 balls and seven wickets to spare with captain Rohit Sharma scoring an unbeaten 83.

Jadeja said after the game:”I will always remember this comeback because I returned to the team after a gap of around 480 days.

“Even in Test cricket, because the last few series have been overseas, I haven’t been getting chances consistently.

“So I was determined that whenever I get the chance I will perform, that’s all that I can control. I was only focused about my own game and how I can improve further.”

Jadeja’s performance reminded India’s selectors of his capabilities with all the teams testing combinations ahead of next year’s World Cup.

The allrounder though does not want to look to far ahead and instead just wants to help his country to success in the immediate future.

Jadeja concluded: “The World Cup is still some time away, we’re going to play a lot of matches before that, and I can’t comment on that yet.

“My ambition is to perform the way I did today whenever I get the opportunity.”

India’s next game in the Asia Cup is against arch-rivals Pakistan on Sunday.