Ponting feeling ‘incredible’ after being inducted into ICC Hall of Fame 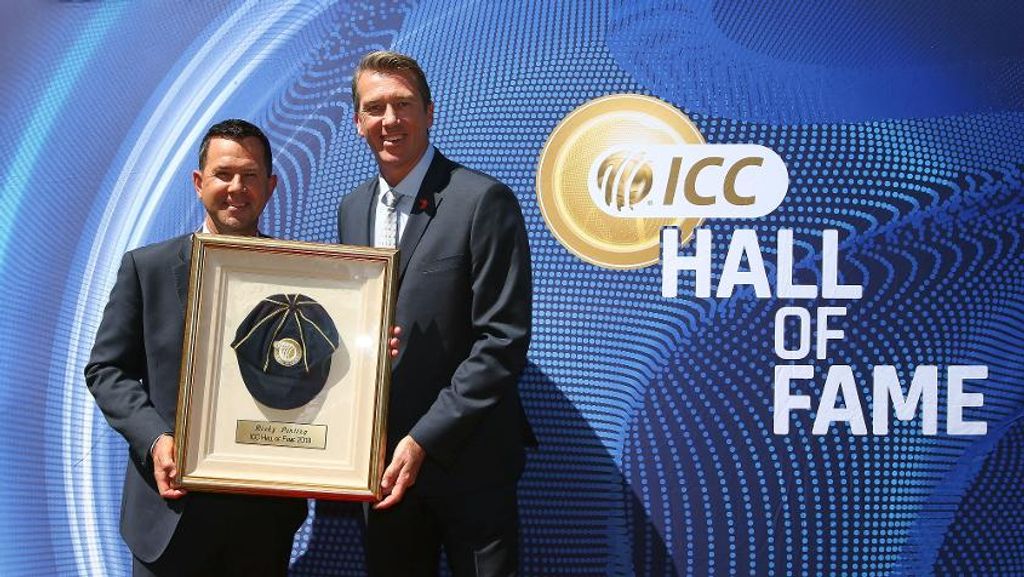 Former Australia captain Ricky Ponting has been formally inducted into the ICC Cricket Hall of Fame.

To mark the occasion, Ponting received his commemorative cap from compatriot ICC Cricket Hall of Famer Glenn McGrath during the tea break on the opening day of the third Test against India at the MCG.

The former Aussie skipper was named in the ICC Cricket Hall of Fame along with former India captain Rahul Dravid and England woman wicketkeeper-batter Claire Taylor during the ICC’s annual conference in Dublin in July, which Ponting could not attend.

Ponting, after receiving the cap, said: “It’s an incredible feeling, I think for it to happen here at the MCG is what makes the whole thing a little bit more special.

“I found out I am one of 25 Australians to be inducted. When you play one Test for Australia, you join a very elite group of players but now to part of the ICC Hall of Fame, you join an even more elite group of cricketers, so it’s a pretty special day today.

“I have lots of great memories with Glenn. I went to the cricket academy with Glenn in about 1990, so I have known Glenn for a long time.

“It’s a really cool thing that they do to have a fellow inductee actually hand over your cap and induct you in, so to have someone like Glenn do it, with whom I’m working with now and have played with for 10 or 12 years, makes the whole thing a little bit better.

“It’s great recognition. I thank the ICC for what they have done in making this possible. To be here in the MCG with 75,000 people, it makes it an awesome day.”

Ponting, a three-time ICC Cricket World Cup winner including two times as captain, is the 25th Australia cricketer to be formally inducted into the ICC Cricket Hall of Fame.