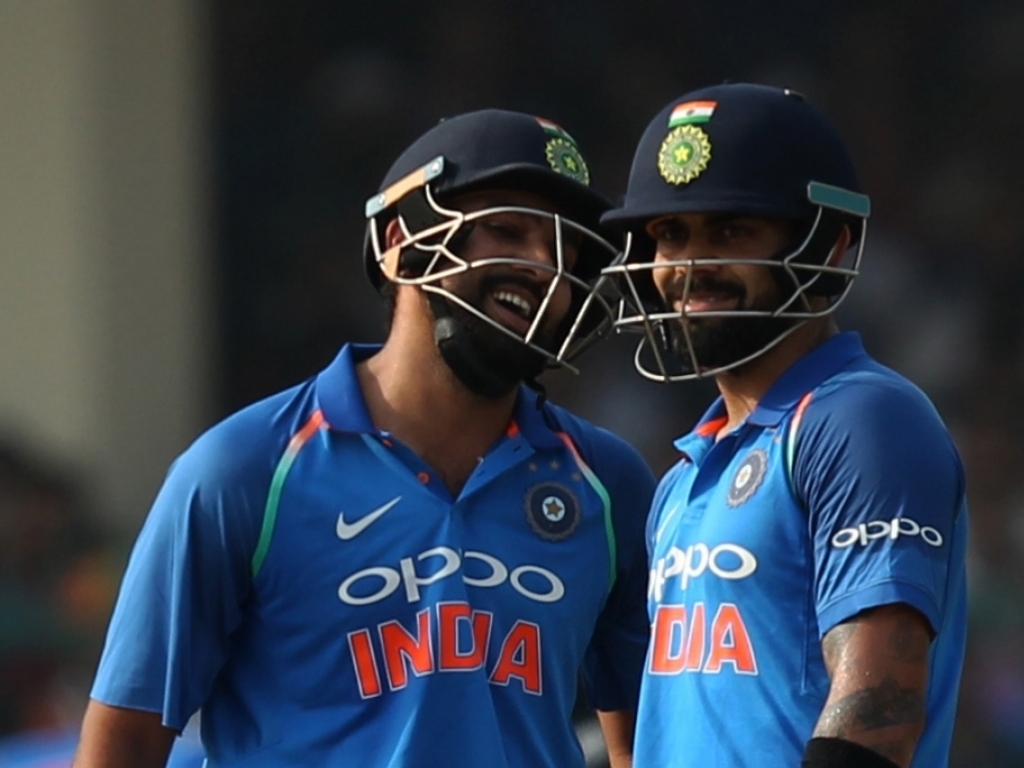 Seam bowlers Jasprit Bumrah and Bhuvneshwar Kumar held their nerve in the final two overs as India completed a tense six-run win over New Zealand in Kanpur, with the hosts taking the three-match series two-one.

Chasing a target of 338, New Zealand needed 25 from the final two over to take the series but Kumar conceded just 10 in the penultimate over before Bumrah closed out the game.

Colin Munro (75), captain Kane Williamson(64) and Tom Latham (65) had earlier given the Kiwis hope that they will pull of series win in India but they all lost their wickets at crucial times.

In the end it was the economical bowling of Bumrah (3-47 in 10 overs) and leg-spinner Yuzvendra Chahal (2-47 in 10) that won a high-scoring game for the home side.

Earlier, Virat Kohli and Rohit Sharma struck beautiful centuries as India piled on 337/6 in their 50 overs after they had lost the toss and were sent in to bat.

Rohit hit 147 and Kohli 113 as duo put on a match-winning 230 for the second wicket after the early loss of Shikhar Dhawan (14) in the seven over.

It was Kohli’s 32nd ODI hundred inhis 202nd game and in the process he also went past 9000 runs in the 50-over format, becoming the fastest player to reach the landmark taking only 194 innings.

Rohit’s ton was his 15th for India in his 171st ODI and went a long way to helping the home team come back from one-nil down to eventually take the series.

New Zealand’s bowlers simply had no answer to stop the run flow with left-arm spinner Mitchell Santner the pick of the bunch with figures of 2-58 fro 10 overs.

The teams will now meet in a three-match T20 series, starting on Wednesday in Delhi.