Home Countries Rohit held Karthik back for the death

Rohit held Karthik back for the death 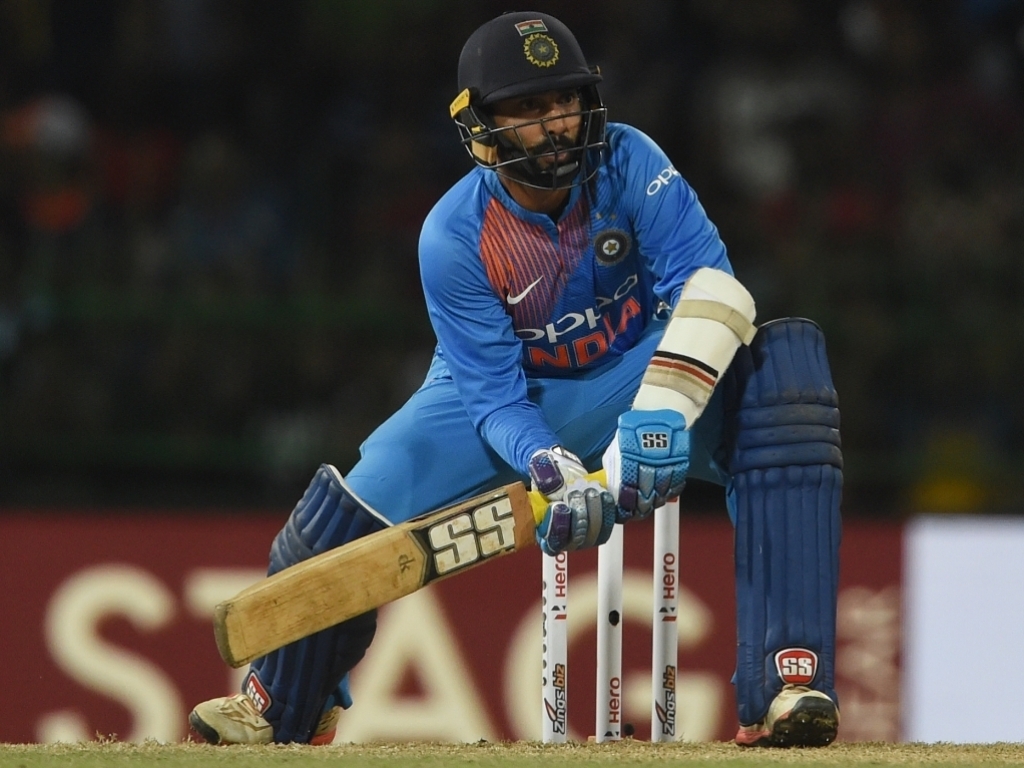 Rohit Sharma revealed that it was always the plan for Dinesh Karthik to bat at the death after the latter sensationally won the T20 tri-series final against Bangladesh in Colombo on Sunday.

Karthik came to the crease at number seven with India still needing 34 runs from 12 balls but the right-hander went on to smash 29 off just eight balls, including a six off the final delivery to carry India to the title.

Rohit, who had earlier scored 56, said Karthik was upset that he did not bat higher in the order but told the batsman it was always the plan.

Speaking after the game, Rohit said: “When I got out, I went and sat in the dugout and Dinesh was quite upset that he didn’t bat at No. 6.

“But I told him: ‘I want you to bat and finish off the game for us, because whatever skill you have, it will be required in the last three or four overs’. That is the only reason he was not batting at No. 6 in the 13th over when I got out.

“He was upset with that, but he’ll be quite happy now how he finished off the game.

“I have to go back to the kinds of shots that he has in his books – it suits him to finish off games at the death where you have to use that one fielder that is inside the circle – either fine leg, or mid-off or short third man.

“He can always play those ramp shots which he played in the end to Rubel Hossain. He knows that. I thought Mustafizur [Rahman] would bowl probably the 18th and the 20th overs, and we wanted an experienced guy to handle him.

“We knew he would come out with his offcutters and Dinesh probably would have been a better choice at that point.”

Rohit also pointed that Karthik was one of the most experienced players that he had in the squad for the tournament in Sri Lanka.

Always on the fringes of the squad, Karthik played regularly as India rested a host of big names, including skipper Virat Kohli and MS Dhoni.

Rohit said of Karthik: “He was with us on the previous tour in South Africa and didn’t get much game time. “To do what he did today will give him a lot of confidence going forward. Most important thing he has is belief in himself.

“Whatever situation comes, he’s ready – whether he bats up the order or down the order. That’s the kind of guy we need in our team.”