Home Countries Rohit: We have the two best death bowlers

Rohit: We have the two best death bowlers 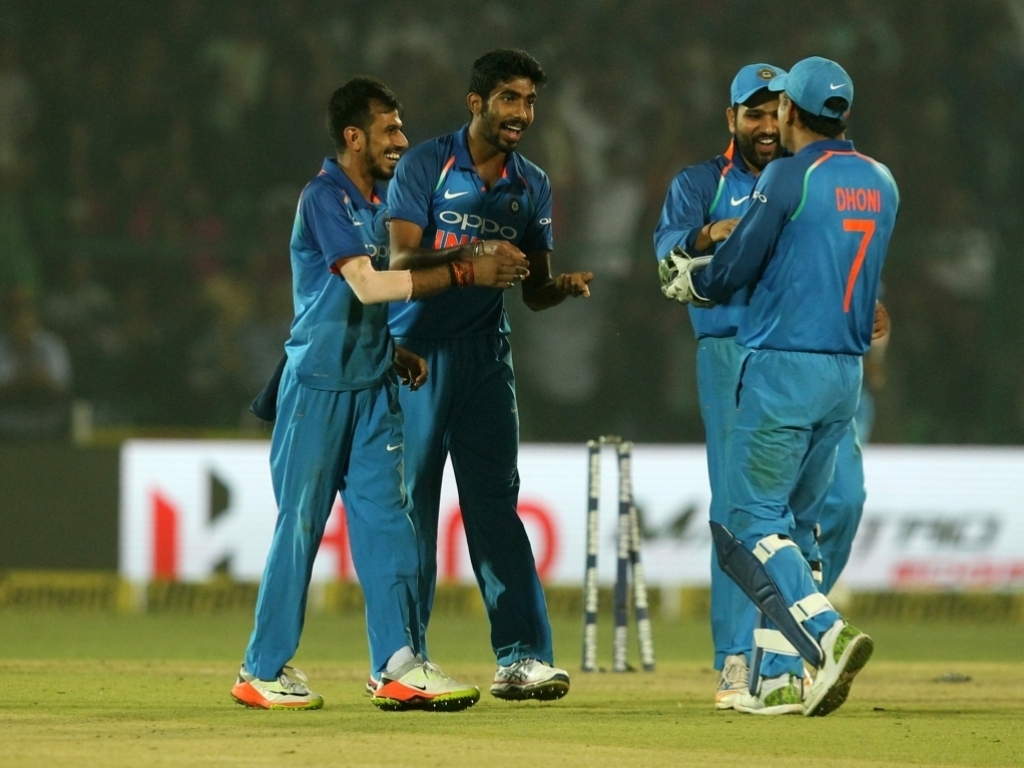 India batsman Rohit Sharma hailed Jasprit Bumrah and Bhuvneshwar Kumar as the best death bowlers in world cricket after they helped the hosts clinch a series win against New Zealand in Kanpur on Sunday.

Chasing a target of 338, the Kiwis needed 30 from the last three overs with five wickets in hand and were favourites to seal a famous series victory.

However Bumrah and Kumar kept it tight with the home team eventually winning by six runs to win the three-match series two-one.

India’s total of 337/6 was built around hundreds from Rohit (147) and his captain Virat Kohli (113) but the former was quick to praise the bowlers in what was batting friendly conditions.

Rohit said after the game: “I think we have the two best death bowlers. If you look at the last series against Australia, the way they have bowled, you have to praise them a lot.

“Because if you look at Australia’s batting, with their power hitting, those were the two bowlers who got us back most of the times.

“Even in this match there was so much dew, the ball was wet to be able to defend on that kind of wicket, with two set batsmen. We are talking about two best death bowlers in world currently.

“On this wicket, in these conditions, 35 required in four overs, it should have been made easily. It’s only because of these two that we could pull the game back.”

India and New Zealand will now turn their attention to the shortest format with the first of three T20Is starting in Delhi on Wednesday.