Home Countries Root up to fourth in ODI rankings

Root up to fourth in ODI rankings 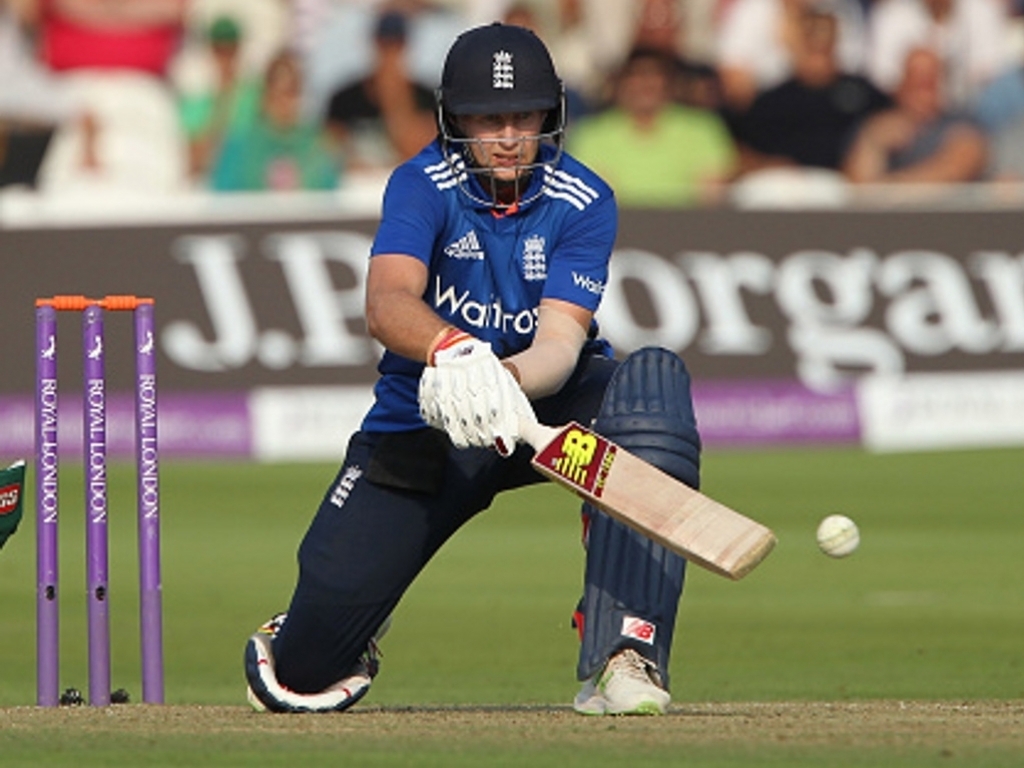 England batsman Joe Root has surged into the top five of the ICC Players Rankings for ODI batsmen for the first time after a stellar performance against Pakistan, which earned him the player of the series award.

The 25-year-old scored 274 runs in the series, which helped him leapfrog New Zealand’s duo of Kane Williamson and Martin Guptill as well as India batsman Rohit Sharma into fourth position in the latest player rankings.

During the series, the Yorkshireman also achieved a career-best rating of 776 points, which he had attained after the third ODI at Trent Bridge in which he scored 85.

Root is one of the four England batsmen to make upward movement following a 4-1 series win over Pakistan.

Alex Hales has risen four places to reach 20th spot after aggregating 223 runs in the series, including a belligerent 171 in the third ODI, captain Eoin Morgan has gained four places and is now in 24th spot, while Jason Roy’s series contribution of 181 runs have helped him rise 10 places to share 35th spot with Dinesh Chandimal, who himself has moved up 15 places following a good series with the bat against Australia.

The good news for Pakistan was the movement of its captain Azhar Ali and wicketkeeper Sarfraz Ahmed.

Azhar’s 208 runs in the series has seen him move up 15 places to 33rd rank, while Sarfraz, who was the highest run-getter in the series from either side with 300 runs, has moved up 21 places to 39th position.

Azhar and Sarfraz are the only two Pakistan batsmen, who featured in the recent series against England, to figure inside the top 50. The next highest Pakistan batsman is Shoaib Malik in 67th spot.

Bailey finished the series as the most successful batsman with 270 runs, which later earned him the player of the series award, 34 runs more than Chandimal who ended up in 35th spot after rising 15 places.

AB de Villiers of South Africa is the number-one ranked ODI batsman, and he is followed by India’s Virat Kohli and team-mate Hashim Amla, in second and third positions, respectively.

In the ICC Players Rankings for ODI Bowlers, Australia fast bowlers Mitchell Starc, James Faulkner and John Hastings have made significant gains after their performances in Sri Lanka.

Starc’s 12 wickets in the series have seen him move up from fifth to third place, Faulkner’s 10 wickets have helped him gain 15 places to reach 18th position, while Hastings has vaulted 22 places to achieve a career-best 24th rank following nine wickets in three matches.

Rashid has been rewarded for his eight wickets in the series with a rise of six places that has put him in 10th position, while Woakes has climbed 13 places to 16th after finishing as the leading wicket-taker in the series with nine wickets.

The bowlers’ table is led by Sunil Narine of the West Indies, while Trent Boult of New Zealand is in second place.

In the rankings for all-rounders led by Bangladesh’s Shakib Al Hasan, Faulkner moved up a slot to third position.