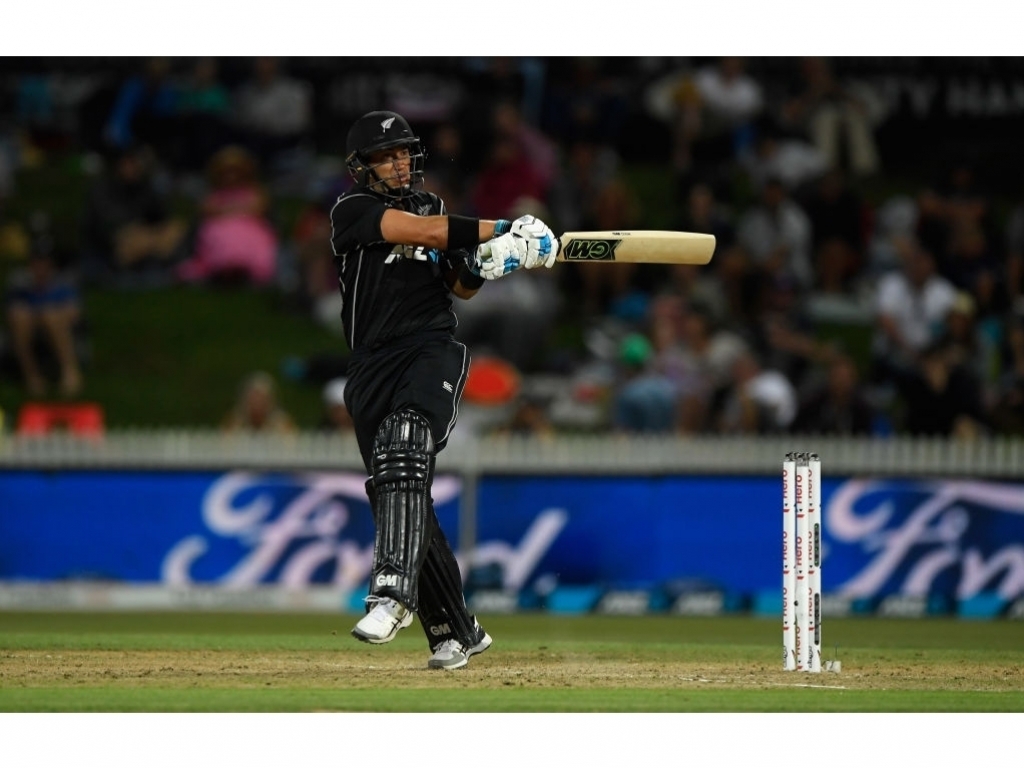 Ross Taylor scored an epic unbeaten 181 to help New Zealand to a five-wicket win over England in the fourth ODI against England in Dunedin on Wednesday.

Taylor limped through much of his innings after aggravating a thigh injury, but batted on to compile a career-best score and make it 2-2 in the series with one match left to play.

The Black Caps chased down a target of 336 after England had posted 335/9 on in the first innings with Jonny Bairstow (138) and Joe Root (102) scoring centuries.

Taylor hit 17 fours and six sixes as the Kiwis reached the target, 339/5, with three balls to spare.

The right-handed Taylor’s heroics in scoring his 19th ODI century overshadowed a fine batting performance from England, marred by a late collapse that cost them dearly.

Bairstow blazed his way to 138 off 106 balls and Joe Root grafted out a hard-fought 102 before England self-destructed late in their innings.

The home side’s chase then started disastrously when openers Martin Guptill and Colin Munro both went for ducks.

Captain Kane Williamson and Taylor rebuilt with an 84-run partnership before England allrounder Ben Stokes dismissed the New Zealand skipper at 45 in the 17th over.

Taylor and Tom Latham then combined for a 187-run partnership, with Latham contributing 71.

Taylor’s injury came when he was on 109 and had to dive to avoid a run-out, inflaming the thigh strain that forced him out of the previous match in the series.

Unable to run freely, he concentrated on hitting boundaries, taking New Zealand to the position where they needed 80 off the final 10 overs.

Henry Nicholls looked nervy when he came to the crease but worked well to give Taylor most of the strike.

With three runs needed off the final over, Nicholls faced twodot balls then smashed Tom Curran for six as a tearful Taylor left the field to a standing ovation.

England should have put the match beyond reach after Bairstow and Root had them at 267 for 1 in the 38th over.

But Bairstow’s departure sparked a collapse that saw six wickets go for 21 runs, endingeir hopes of setting a monster total on the small University Oval ground.

A late cameo of 22 off 10 balls from Curran added a degree of difficulty to the target but also showed New Zealand’s batsmen that there were runs in the pitch.