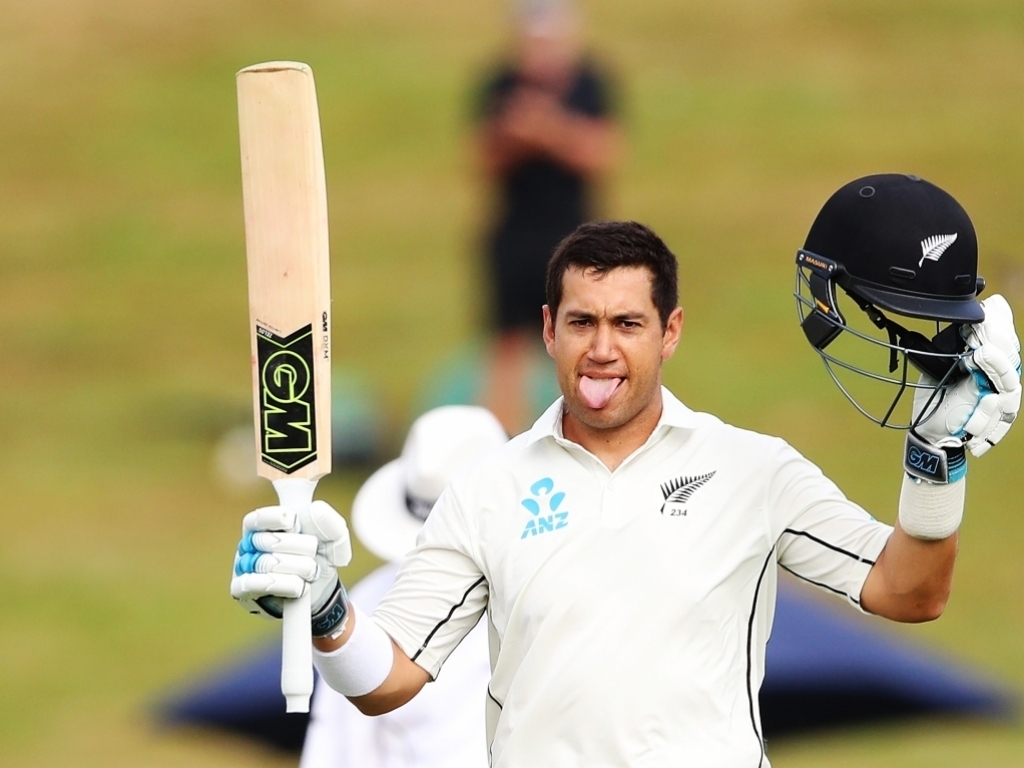 Ross Taylor’s record-equalling Test century and two late wickets put New Zealand in the driving seat at stumps on the third day of the second Test against the West Indies in Hamilton on Monday.

Taylor scored his 17th Test ton to go level with his captain Kane Williamson and mentor Martin Crowe for the most hundreds for the Black Caps in the longest format of the game.

The right-handed Taylor struck 107 not out to allow the home side to declare late in the day with their second innings total on 291/8 to give the Windies a target of 444 to level the two-match series.

Trent Boult struck early in the visitors’ second knock at the crease when he removed opener Kieron Powell for a duck while Tim Southee had Shimron Hetmyer (15) caught at mid-off to leave the Caribbean side in trouble at 30/2 at the close.

Kiwi skipper Williamson also got in on the act with the willow, scoring a brisk 54 and sharing in a 58-run stand with Taylor to help set the platform for a declaration.

New Zealand took command of the Test when they posted an above par total of 373 after being sent in on a green pitch on the first day.

The visitors could only reply with 221 and now face an uphill task of trying to win the game and level the series after going down in the first Test in Wellington last week.