Home Countries Du Plessis: We have a score to settle

Du Plessis: We have a score to settle 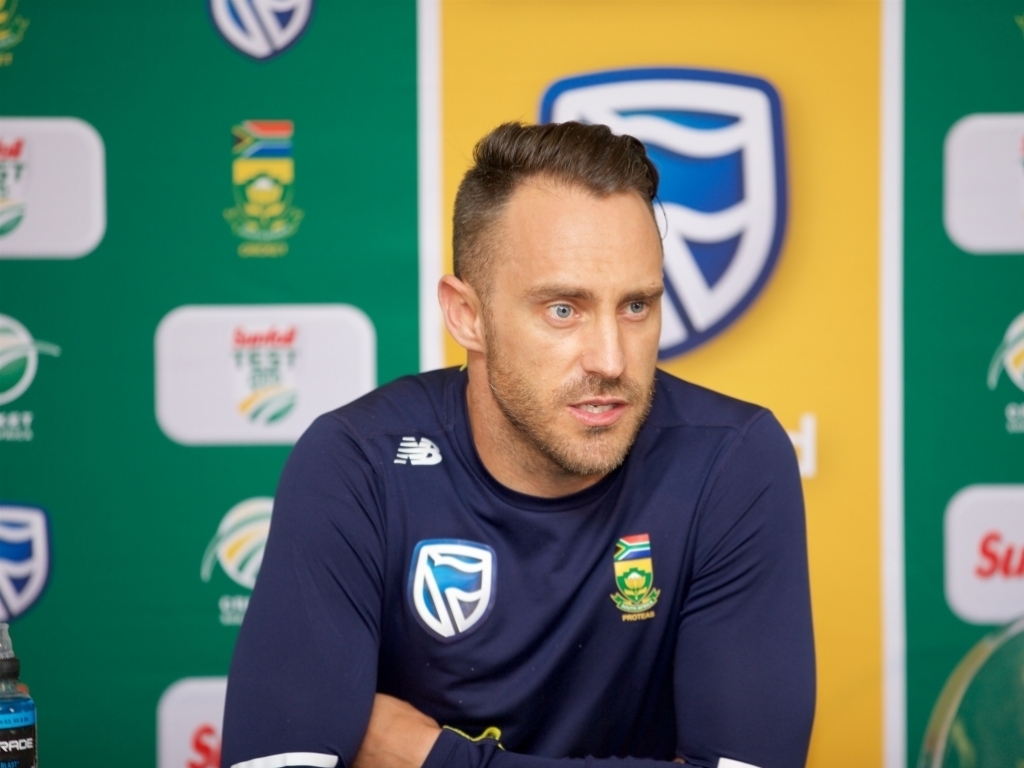 South Africa captain Faf du Plessis has made it clear that the Proteas want to take advantage of home conditions in the upcoming Test series against India and avenge their defeat in 2015.

On that occasion the Proteas went down three-nil in a four-match Test series in India on surfaces that Du Plessis described on Thursday as “extreme”.

In familiar territory and in conditions that will suit their own pace attack, the home skipper said his team is excited.

The visitors go into the series as the number one team in the rankings and have talked a big game in the build-up, saying they are primed to win their ever Test series in South Africa.

The Proteas, currently second in the rankings, can join India at the top but only if they achieve a three-nil sweep in the series.

So it certainly is a heavyweight clash between the teams that are both vying to be the best in the world.

Speaking at the pre-match press conference ahead of the first Test on Friday, Du Plessis said: ‘We were disappointed the last time we went there so we have a score to settle.

“We are very excited for this series. It’s good that we can have some importance to the series. Big series is why we play the game.

“We don’t have an Ashes, so it’s good to see that India v SA can start becoming a really big series.

“There are some really high-class players that are going to bash it out over the next four weeks so that’s exciting.”

With the Newlands surface a major focus in the build-up to the Test, Du Plessis said he was happy with pitch that has been prepared but the hosts have not as yet settled on their combination and team balance for the game.

There is big question mark surrounding the availability of fast bowler Dale Steyn, who might play in five-man bowling attack in Cape Town but the team could change depending on conditions in the series with the following two Tests in the Highveld cities of Johannesburg and Centurion.

The SA skipper was giving nothing away on the team composition though, saying: “All angles that you look at with picking this team is a very hard decision.

“We will make the decision we believe is the best specifically for Newlands.

“I think with the make-up of our squad now we have so many different options you can look at picking a different team for different venues.

“That’s our thinking. We have an idea of what we think will be the right team for this venue, and then we’ll probably change it up again once we go up north.”