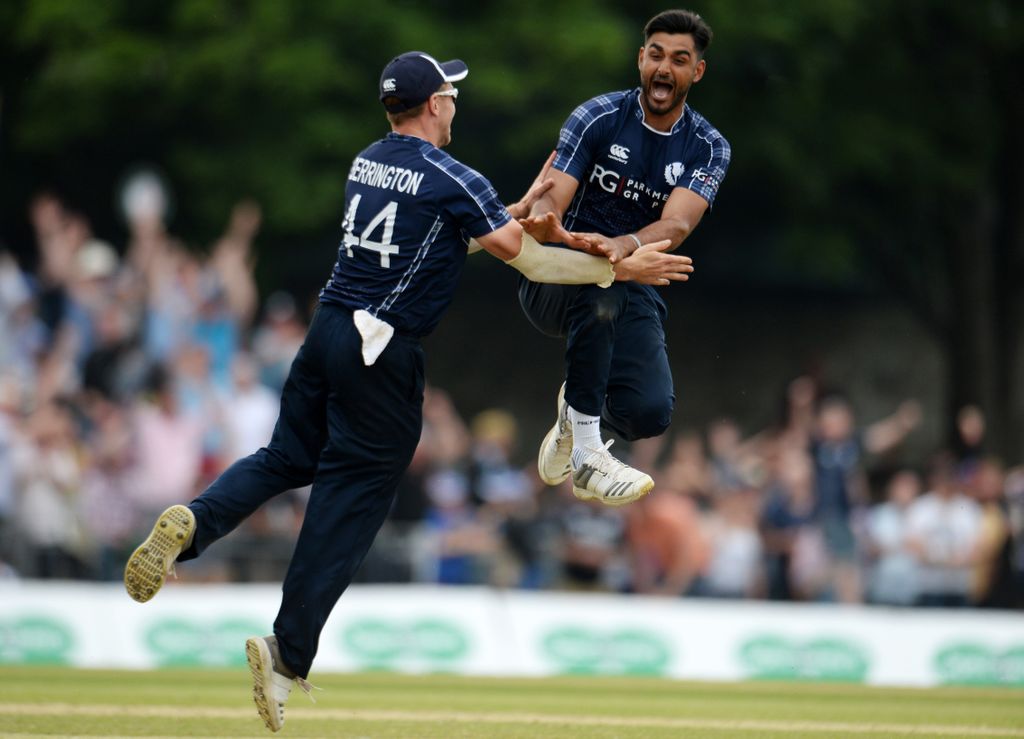 Seamer Safyaan Sharif says the thrilling six-run victory in the one-off ODI against England in Edinburgh on Sunday means the “world to Scotland”.

Sharif was the man to deliver the winning moment for the Scotland when he trapped England number 11 Mark Wood in front with fifth ball of the final over with the visitors still needing seven runs to win.

The wicket sparked wild celebrations from the capacity crowd at the Grange ground as Scotland celebrated beating the number-one ranked ODI team in the world.

Sharif told Sky Sports afterwards: “I mean England’s a brilliant side, everyone knows that, and to get a victory, scoring 370 against a top quality side, means the world to Scotland, so well done once again.

“It was just an incredible effort from the lads, they’ve just proven once again that they are capable of playing at this standard, and they did really well throughout the innings.

“Up top, it was tough in the second half but we managed to pull things back and did the job, so really… I’m lost for words, I don’t know what to say.”

It was a tough day for both teams’ bowlers as a flat pitch and relatively short boundaries made it a batsmen’s game as the totals suggest with Scotland hitting 371/5 and England 365 all out.

The 27-year-old Sharif, who conceded 71 runs in 9.5 overs and taking that crucial wicket, says he just stuck to the basics.

Sharif added: “We knew it was tough. The wicket was good, it was a fast outfield, we just needed to keep bashing our lengths, keep mixing it up and we’ll get the wickets, and luckily we did.

“It means a lot to the crowd and a lot to us. We’ve been waiting so long for this victory and we managed to do that today with the positive attitude that the lads brought into the game, so well done.”