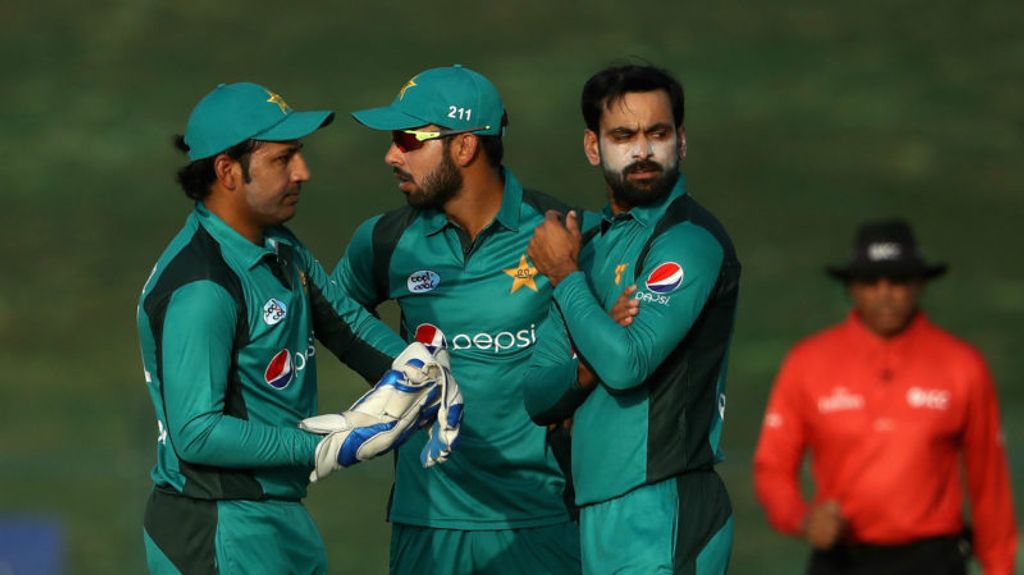 Pakistan captain Sarfraz Ahmed has slammed Ross Taylor after the New Zealand batsman appeared to gesture to the umpire that Mohammed Hafeez’s bowling action was illegal.

The incident happened in the first game of the three-match ODI series in Abu Dhabi on Tuesday, the Black Caps won by 47 runs.

Taylor seemed to gesture a bent arm to the umpires – or it could have been to his batting partner Tom Latham – saying the off-spinner’s bowling action is not legal.

Sarfraz was furious with Taylor and had words with the veteran New Zealand batsman and the officials for several minutes between balls.

The Pakistan skipper said after the game: “I will say that Taylor’s action was not correct. It’s not his job to give (the) action which was shown on TV. It was disgraceful, for me.

“His job is to do batting and if he concentrates on that, it’s better. I complained to umpires that his action did not come under sportsmanship.

“Ross is a professional cricketer and he should not have done that. He did it two or three times – it’s (the) umpires’ job. Hafeez’s action has no problem and (Taylor) was trying to create an issue without a reason.”

Hafeez has been suspended three times before, in 2015, 2016 and 2017, for having for an illegal action but has returned after tests have been conducted.