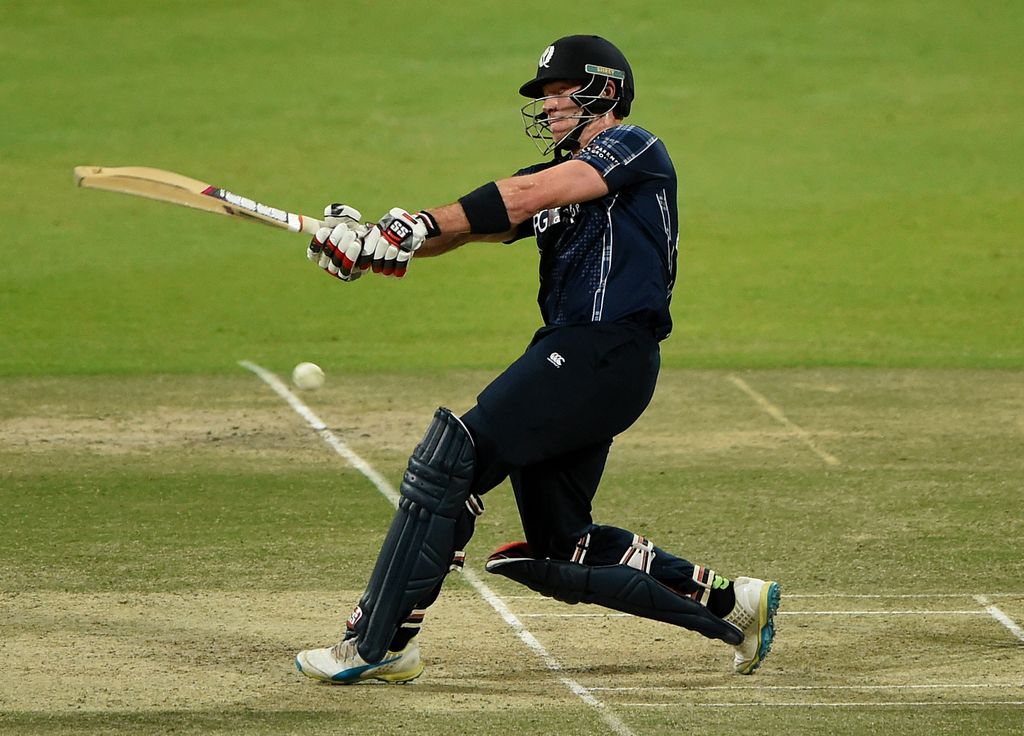 Richie Berrington struck an unbeaten 49 as Scotland comfortably beat the Netherlands by seven wickets in a T20 tri-series clash in Amstelveen on Tuesday.

Chasing a target of 161, Berrington received good support from openers George Munsey (46) and his captain Kyle Coetzer (42) who put on 74 inside the first six overs.

The visitors eventually got over the line, finishing on 161/3, with more than two overs to spare.

Earlier, The Dutch got off to a flier after winning the toss and electing to bat, with openers Tobias Visee (25 from 15 balls) and Max O’Dowd (31 from 25) each reeling off a succession of boundaries within the first six overs with the fielders up.

The Scots stemmed the flows of runs somewhat after left-arm spinner Mark Watt – who was the most parsimonious of their bowlers, returning figures of 1/18 from his four overs – clean bowled Visee and Berrington had O’Dowd caught at short-leg by Michael Leask, but the experienced Wesley Barresi kept the scoreboard moving, hitting 53 from 51 balls to register his fourth T20I half-century.

Alasdair Evans accounted for Ben Cooper (22 from 19) and Sikander Zulfiqar to further halt the Netherlands’ progress in the final overs and Scotland would have been reasonably happy to restrict their opponents to 160/6 given the earlier fireworks.

The victory leaves Scotland on three points, behind second-placed Ireland on net run rate and one point behind the Netherlands.

If they can inflict another defeat on the hosts in the final fixture of the competition, the trophy will be theirs.