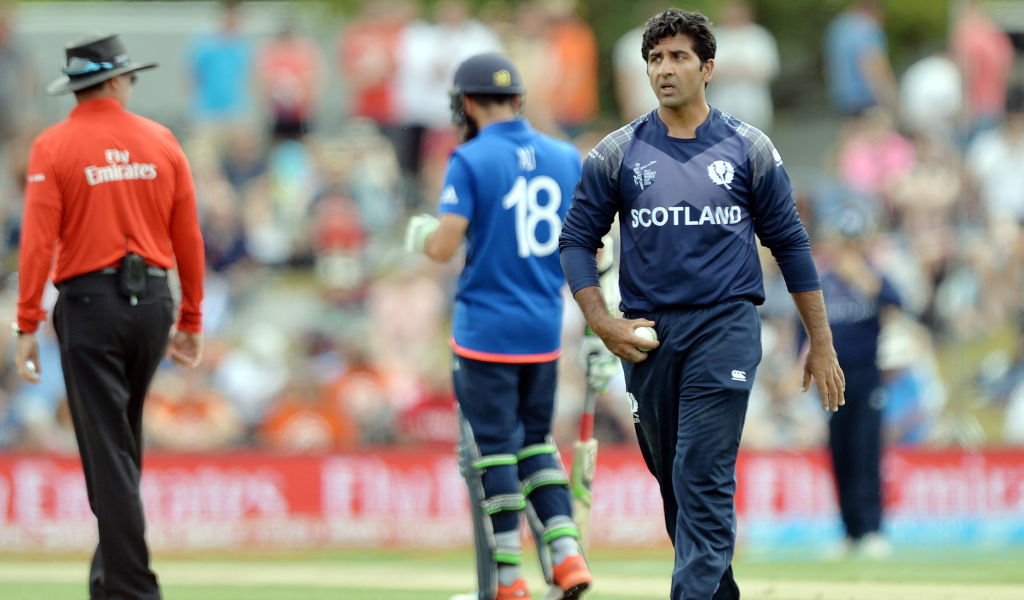 Cricket Scotland has welcomed the move by SportScotland, the country’s national agency for sport, to carry out an independent review into racism within the Scottish game.

Scotland players Majid Haq and Qasim Sheikh have described Cricket Scotland as “institutionally racist” and called for an investigation.

Haq, Scotland’s all-time leading wicket-taker, was sent home from the 2015 World Cup after sending a tweet implying he had been dropped for a match against Sri Lanka for race-related reasons.

In the wake of the racism crisis in English country cricket the England and Wales Cricket board published a 12-point, game-wide action plan to tackle racism and all forms of discrimination.

Cricket Scotland has held talks in recent weeks with SportScotland, which will now appoint a team of independent experts to lead the review to “ensure that lessons are learned and that action is taken to address the issues facing the sport”.

Cricket Scotland president Sue Strachan said: “We have reached out to SportScotland for their help and support to investigate any evidence of racism in cricket in Scotland.

“We are grateful to SportScotland for commissioning this wide-ranging independent review of racism within the sport that we love.

“We want to ensure that going forward there is no place for racism within cricket in Scotland.”

Review into allegations of racism imminent

The full scope of the review will be confirmed publicly by SportScotland within the next seven days and will provide “individuals with lived experience of racism with a safe space in which to share their experiences, with guaranteed anonymity”.

SportScotland chief executive Stewart Harris, said: “There can be no place for racism or discrimination of any kind in sport and it is vital that all complaints of this nature are robustly investigated. That must always be the starting point when we are talking about racism and racial inequalities.

“It is clear that steps must be taken to address the problem of racism within cricket in Scotland.

“We must listen to the very real concerns that have and will continue to be raised as part of this wholly independent process, but more than that, we must also act on these and start to rebuild trust.

“This will not be easy and it will take time. However, as the national agency for sport we will do what is required to effect positive change wherever it is needed in Scottish cricket.”