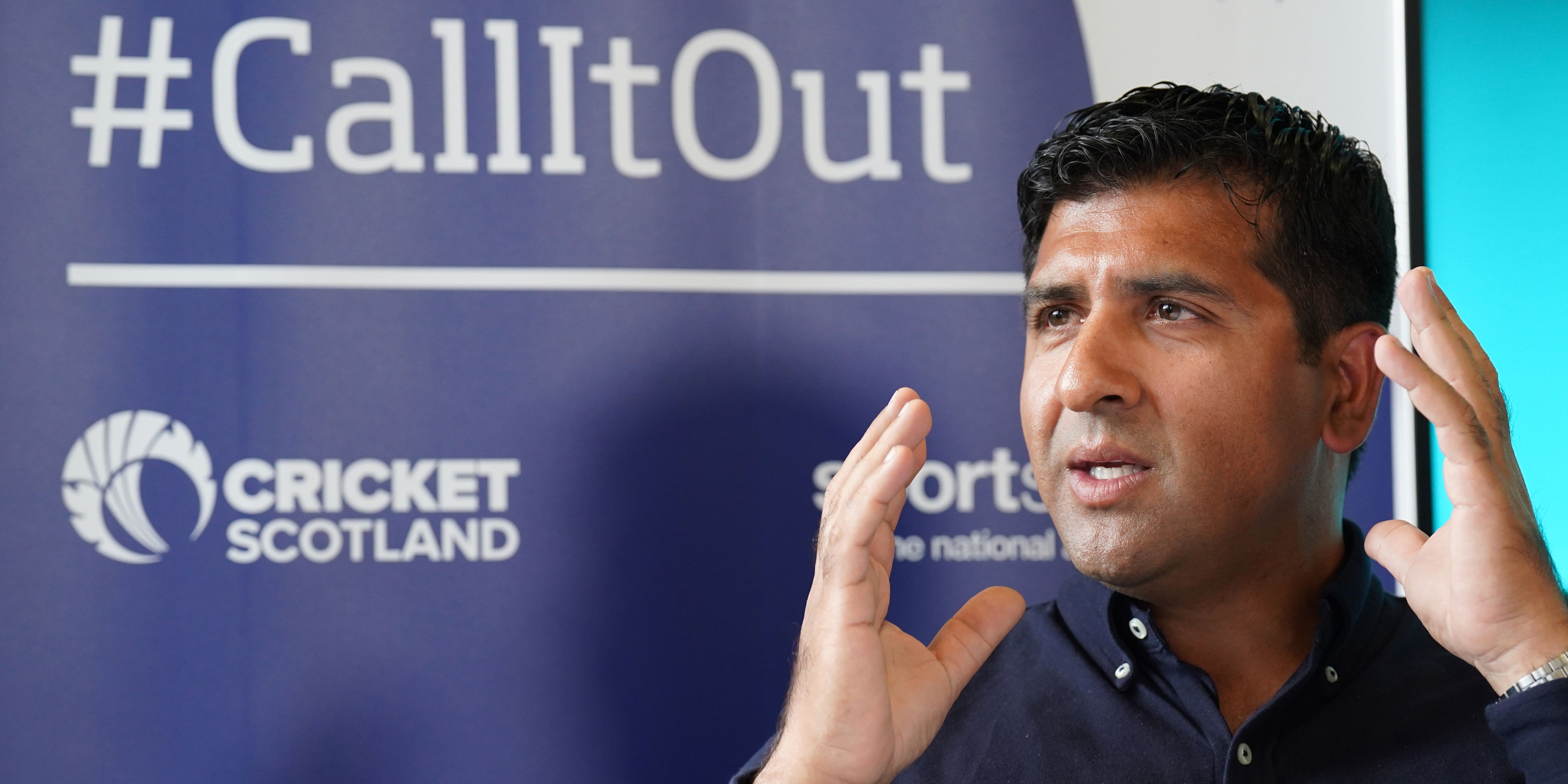 Majid Haq has noted “deafening silence” from Scotland players following the publication of a report which found the governing body institutionally racist.

The testimonies of Haq and former international team-mate Qasim Sheikh prompted an independent review which found 448 examples of institutional racism in Cricket Scotland.

A day after the damning report was published, the pair’s solicitor, Aamer Anwar, questioned what the point was in Scotland players “taking the knee” during the T20 World Cup when “no white team member has chosen to say anything much or at all over the last few days on institutional racism”.

Answering the question on Twitter, Haq said: “Looks like it was nothing other than a bit of virtue signalling & tick box exercise because the deafening silence from a lot of them speaks volumes.

“They might feel uncomfortable but their privilege is never having to think you’ll not make the team because of racism.”

Scotland face New Zealand at the Grange in Edinburgh on Wednesday in a T20 encounter, the first of a three-game series against the tourists.

Sheikh praised former skipper George Salmond for speaking out on Monday to support him and Haq and also demand change.

He wrote: “The late Asim Butt told me when I was 15 that the reason he loved playing for (Scotland) was because of his captain @SalmondG – now I see why, proper leader.”

Haq also responded to a comment from Jameel Gardee, a cricket coach, who claimed he had been asked by a Cricket Scotland director to delete a tweet questioning Haq’s punishment in 2015 and threatened with disciplinary action.

Haq was sent home from the World Cup by Cricket Scotland, suspended for three months and never played for his country again after writing a tweet which hinted that race played a part in him being dropped.

Scotland’s record wicket-taker wrote: “Several people have told me that the senior people in charge @CricketScotland have warned them to stay away from me & to stop engaging with me on social media otherwise it might harm their chances of progressing which is pathetic.”

Sheikh added: “Sadly the same has been said to me from a number of ex @CricketScotland staff members who were also told not to engage with me!”

Haq has questioned why more is not being asked of the authorities after the institutional racism was allowed to happen “for so many years” and included the Scottish Government, Sportscotland and the International Cricket Council in his tweet.

The ICC, which is staging its annual conference in Birmingham, has responded to the report findings.

A spokesperson said: “Discrimination of any kind has no place in cricket and everyone involved in the sport has a responsibility to create a safe and welcoming environment.

“Cricket is a sport for everyone and we will support the new board and leadership at Cricket Scotland as they work to ensure the sport is more diverse and inclusive.”

The entire Cricket Scotland board stepped down on Sunday and Sportscotland, the national agency for sport, has placed the governing body under special measures until at least October 2023 following the review recommendations.

The report also recommended the Western District Cricket Union, one of five regional associations, be placed under special measures by Cricket Scotland with its disciplinary processes immediately halted.

A statement from the organisation read: “The WDCU has made contact with Cricket Scotland in connection with the recommendations of the report, and will work with the national governing body, and Sportscotland, going forward in the aftermath of the report.”