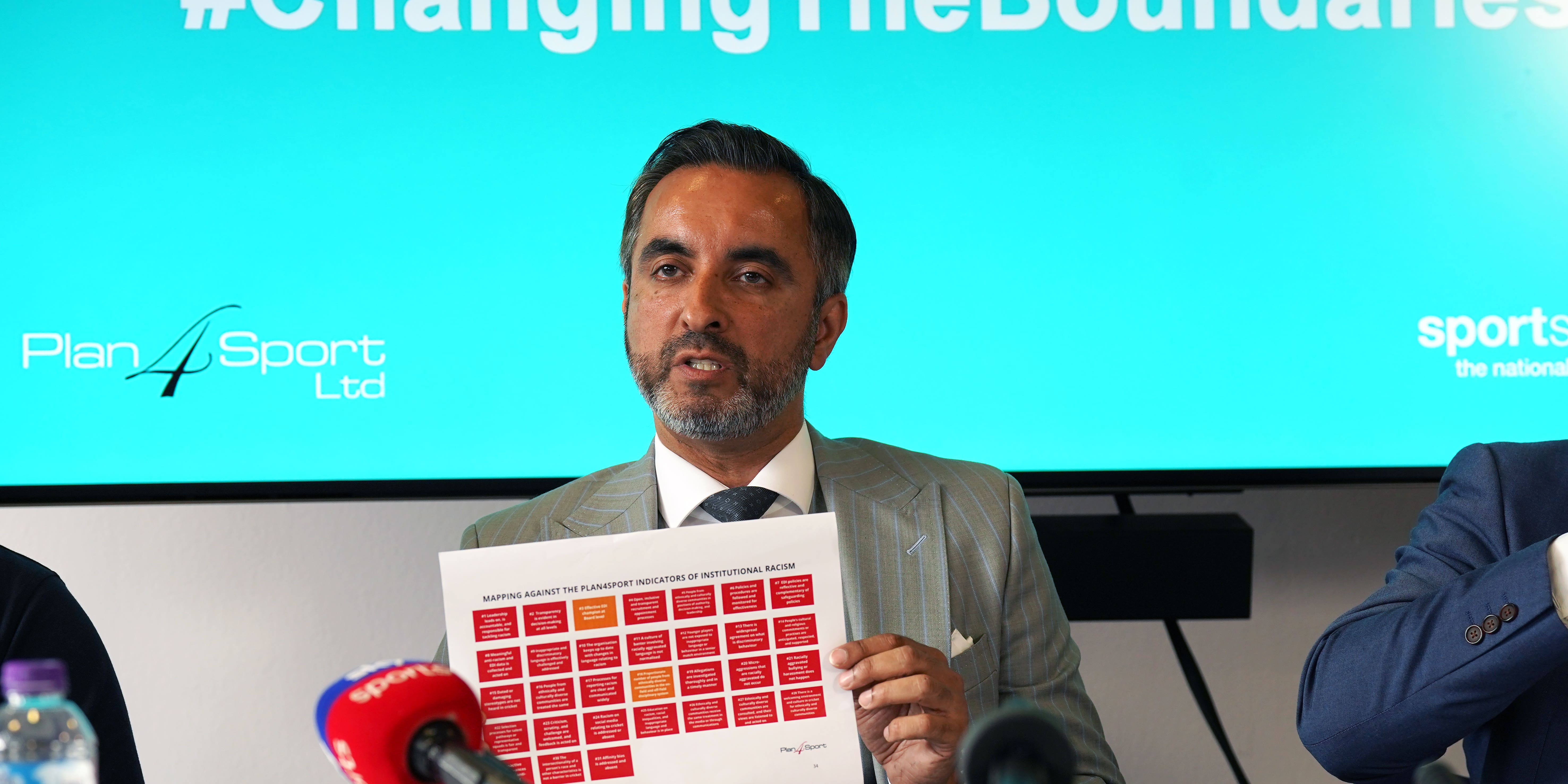 The failure of Scotland’s white players to speak out following a damning report on racism within the sport is “deeply shameful”, according to a lawyer representing two men connected to the probe.

Cricket Scotland has been placed into special measures after an independent review published on Monday identified 448 instances of institutional racism, with the board having resigned en masse the previous day.

The men’s lawyer, Aamer Anwar, released a statement on Wednesday criticising the lack of public comment from Scotland’s white players ahead of a T20 international against New Zealand in Edinburgh.

“Since the board resigned and the publication of the devastating indictment of Cricket Scotland, the white players in the Scotland team have yet to provide any real solidarity to the victims of racism, including their fellow team-mates Hamza Tahir and Safyaan Sharif,” Anwar said.

“Their attitude is deeply shameful (and) the fact that last year the team were taking the knee can now only be described as tokenism.”

Anwar also criticised Cricket Scotland’s interim chief executive Gordon Arthur for not apologising in person to his clients and offered him the opportunity to do so at Wednesday’s match, which Anwar said they would attend.

Anwar added: “Many of the dinosaurs who remain at the heart of Cricket Scotland claim to love the game, in fact their racism is killing the game, our cricket grounds should be packed with families and communities cheering on their diverse teams who are picked to play on merit, but sadly they are not.

“If these racists think that they can ignore what has happened, then they should be under no illusion that there is no turning back, they represent (the) past and should have no role on the future of Scottish Cricket.”

The review, titled ‘Changing the Boundaries’, found the governing body had failed on 29 out of 31 indicators of institutional racism.

Most (62 per cent) of the survey respondents had experienced, seen or received reports of racism or other forms of discrimination.

From conversations, 68 individual concerns have been referred for further
investigation, including 31 allegations of racism against 15 people, two clubs
and one regional association.

Some cases have been referred to Police Scotland, some to Children First and others to Cricket Scotland. No other details were given but someone has already appeared in court.

The allegations include racial abuse, use of inappropriate language, favouritism towards white children from public schools and a lack of a transparent selection process.