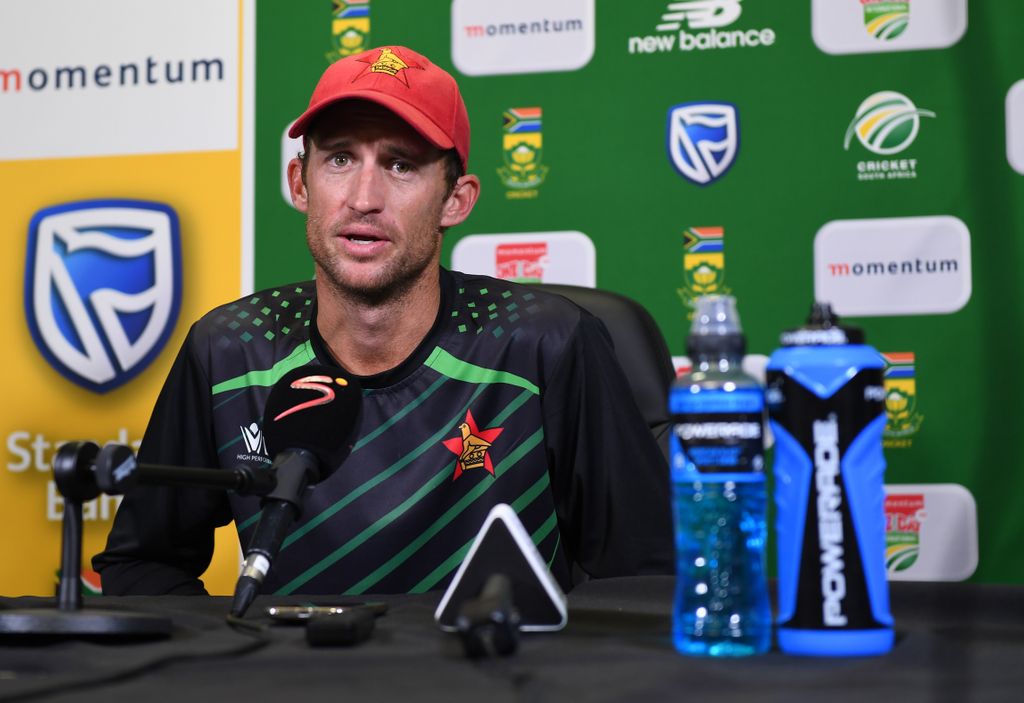 Zimbabwe batsman Sean Williams says narrowly losing out on a place at next year’s World Cup still haunts the team as they look to be a competitive force in international cricket again.

The 32-year-old Williams scored 80 in a World Cup qualifying game against he UAE in Harare in March but the home team lost by three runs and failed to get to next year’s global showpiece event.

Zimbabwe have lost 12 consecutive international matches ( eight ODIs and four T20Is) since that fateful game and has had trouble with players and the board over money as the fallout from that loss continues.

The African side fell to their latest series defeat in South Africa with the Proteas whitewashing their neighbours 3-0 in the ODI series after a four-wicket victory in Paarl on Saturday.

After only scoring 4 and 9 in the previous two matches on difficult pitches, Williams struck a fluent 69 that was a welcome return to form even though it was in a losing effort.

Williams said after the game: “It is very difficult. That game against UAE still haunts all of us, the guys who played in that game.

“The last time I scored runs was against UAE, it was an 80. I failed to get to a 100 and I failed to cross the line for the team.

“It hurt, it really did hurt me. Batting on these next two wickets [in the first two South Africa ODIs] was extremely difficult, but I knew I was one knock away from finding my form again.”

Williams and Zimbabwe will look to break their losing sequence when they take on the Proteas in a three-match T20 starting in East London on Tuesday.

The shorter version of the game might just give the visitors a chance to break the shackles.

Williams continued: “A tough (ODI) series for us, and a hurtful one. We’ve got nothing to lose and everything to gain.

“As far as I see it, [in the T20s] like a boxer, if you get hit first, you’re going to lose the game. It’s going to be up to us to land the first punch in the T20s and give it everything.”