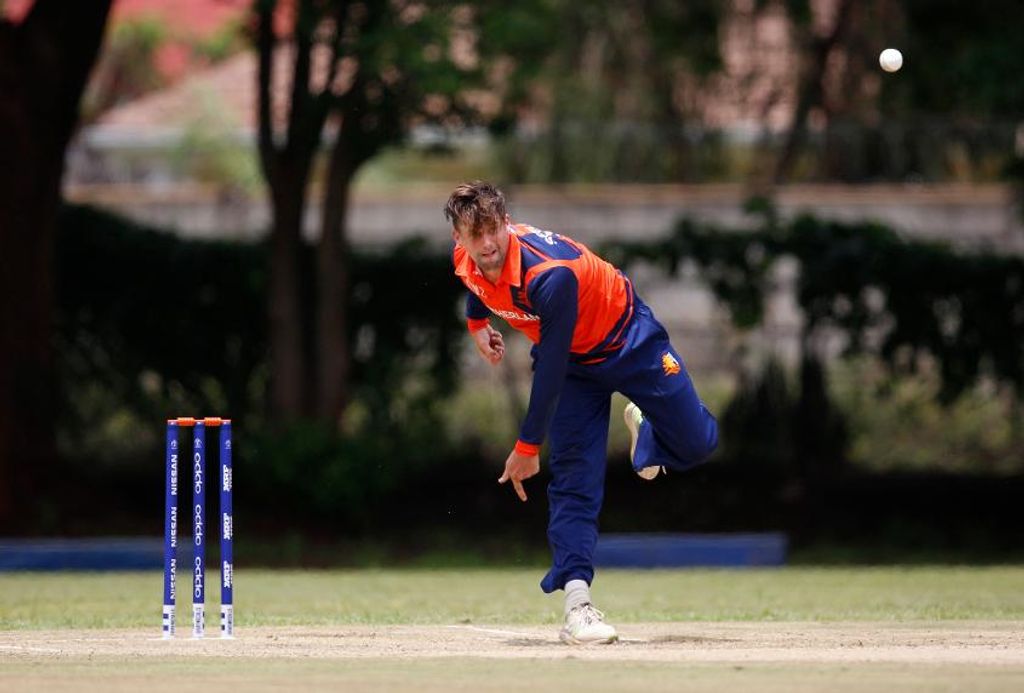 A good allround performance by captain Peter Seelaar saw the Netherlands overcome Ireland by a narrow margin of four runs in a thrilling T20I tri-series clash in Rotterdam on Tuesday.

Seelaar first rescued his side with bat, hitting a vital 36 as the Dutch recovered from 52 for 4 to post a competitive total of 144 all out in 19.5 overs.

Bas de Leede, 18, contributed 30 for Netherlands while Max O’Dowd struck 20 as the home team gave their bowlers something to defend.

The off-spinner, Simi Singh, was Ireland’s best bowler with figures of 3-23 in 3.5 overs while seamer Barry McCarthy took 3-26 in four overs.

Ireland got off to a horrendous start with the bat as they slipped to 63/7 in the 14th over but Singh then stood up with the bat as he struck an unbeaten 57 but it was not enough as the Irish fell just short.

Seelar was his team’s hero as took 3-25 in his four overs of left-arm spin while seamer Shane Snater bagged two scalps.

The two teams square off again at the same ground on Wednesday before the third team in the tournament, Scotland, make their bow against the Irish on Saturday.