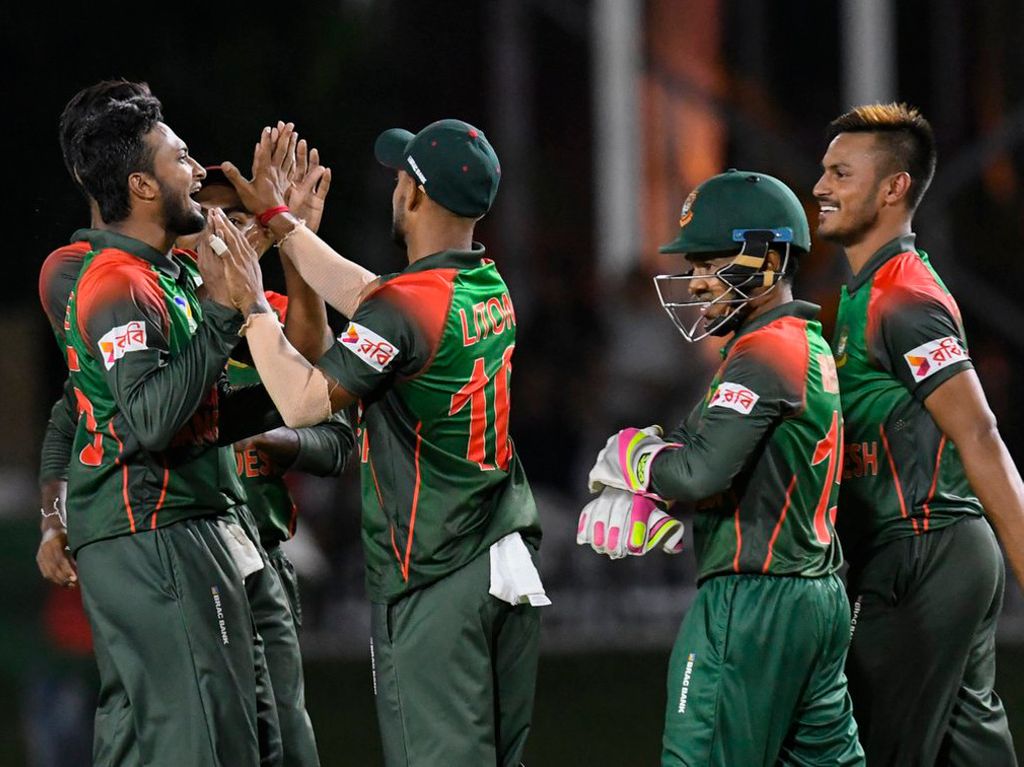 A bowling masterclass by Shakib Al Hasan helped keep Bangladesh in the series, when they beat the Windies by 36 runs in the second T20 International at Dhaka on Thursday.

While the initial developments in the second innings of this fixture would suggest otherwise, the Windies were never really in this contest, following a compelling batting performance from the hosts – which was spearheaded by opener Liton Das who crushed it with a delightful 60 from 34 balls.

The T20 Series will now be decided, also in Dhaka, on Saturday.

Star of the show Shakib, who also chipped in with a compelling 42 runs off just 26 balls, subsequently ripped through the Windies batting order and finished off with figures of 5-21 in four overs.

The wickets Shakib took – and when he took them – were also crucial.

Set a target of 211, the Windies looked well on their way to crossing the line, having motored to 59/1 after the first four overs.

Nicholas Pooran (14), who had partnered up with Shai Hope, was the first of Shakib’s five victims.

However, the momentum wasn’t quite halted just yet, as Shimron Hetmyer (19) provided some meaningful stability in the middle order, creating what would have been the ideal platform for some of the bigger hitters in the team to achieve the target.

When Darren Bravo arrived at the wicket, there was still every opportunity for the Wendies to seal the victory, especially after some of the Rovman Powell (50) heroics got the visitors into what then looked like touching distance.

Bravo fell to Shakib for just two, while captain Carlos Brathwaite (also a Shakib victim) could only muster a measly eight.

When Shakib subsequently shattered Fabian Allen’s furniture with five overs to spare, one could only conclude that the writing was on the wall for the islanders.