Home Countries Hope and Chase on the rise in player rankings

Hope and Chase on the rise in player rankings 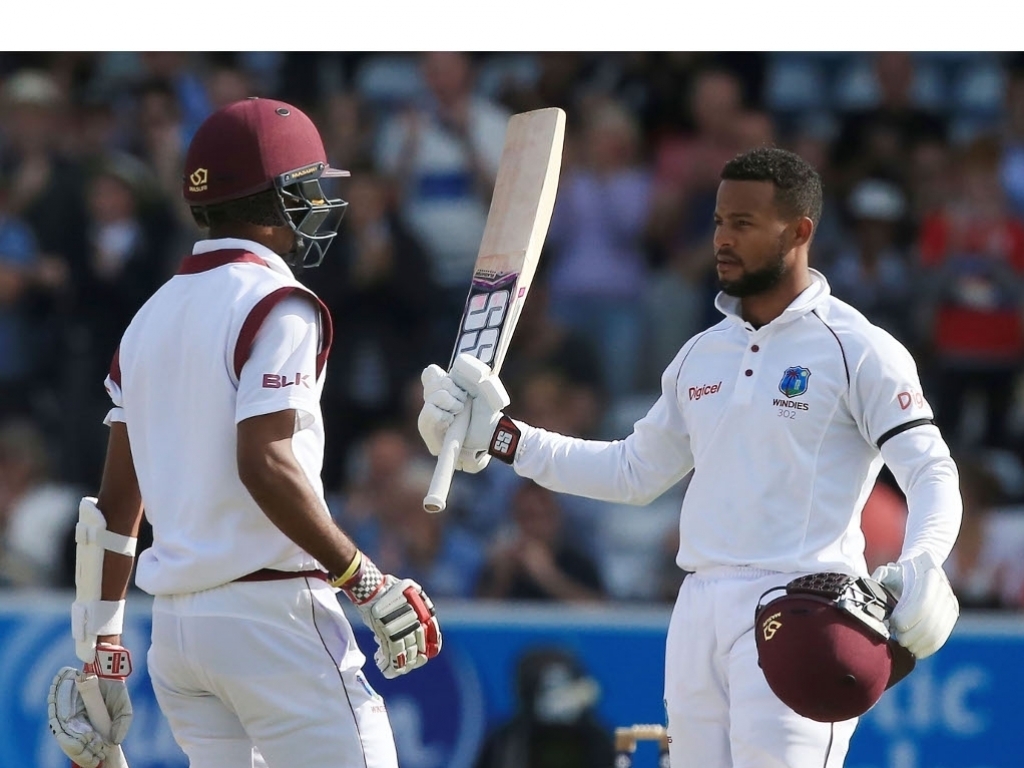 Shai Hope and Roston Chase have continued to head in the right direction in the ICC player rankings for Test batsmen after wrist-spinner Devendra Bishoo spun the Windies to a 117-run victory over Zimbabwe in the first Test in Bulawayo on Tuesday.

Hope scored 90 not out and 44, while Chase contributed 31 and 95 as the Windies scored 219 and 373. For this performance, Hope has been rewarded with a jump of seven places that has put him in a career-high 24th place, while Chase has gained four places and now sits in 37th spot.

The 23-year-old Hope has recently been one of the most impressive and consistent batsmen on the international cricket circuit. He had started the three-Test series against England 99th in the rankings and ended in 30th place.

With the form he is in, Hope has an outstanding chance to finish the Zimbabwe tour inside the top 20 as he trails 20th-ranked Usman Khawaja of Australia by just eight points.

18th-ranked Kraigg Brathwaite remains the Windies’ highest-ranked batsman, though his lead over Hope has been trimmed to just 14 points.

Zimbabwe fought gallantly in the Test, where they scored 159 and 316 to fall 117 runs short.

The host side was mesmerised by Bishoo, who won the ICC Emerging Cricketer of the Year award in 2011.

The 31-year-old from Guyana returned figures of five for 79 and four for 105 to not only walk away with the player of the match award but also collect 62 ranking points on the way, which have helped him lift from 28th place to a career-best 21st position.

Bishoo is now the Windies’ highest-ranked bowler, moving four places ahead of fast bowler Shannon Gabriel, who has slipped from 21st to 25th. Bishoo is now only eight points shy of leapfrogging England’s Moeen Ali to enter the top 20 for the first time in his career.

Chase and Bishoo have also improved their rankings in the all-rounders’ category. Chase is now 16th after rising two places, while Bishoo is 21st after lifting eight places.

Zimbabwe may have lost the Test, but they still have something to cheer.

Captain Graeme Cremer, who took four for 64 and four for 114, has vaulted 12 places to occupy 45th position in the latest bowlers’ rankings, while Sean Williams, who bagged three for 20 and three for 91, has rocketed 19 places to share 70th position with Sri Lanka’s Lahiru Kumara.

In the batting table, opener Hamilton Masakadza, who scored 42 and 57, has risen seven places to 49th, while Brendan Taylor, who scored 1 and 73, has returned to the rankings in 37th position alongside Chase.

The Test player rankings will now be updated following the conclusion of the second Test, which will be played in Bulawayo from Sunday, 29 October.